The BMW Group trial vehicle “Power BEV” presented during #NEXTGen explores what is technically possible. The vehicle is fitted with three fifth-generation electric drive units and has a maximum system output in excess of 530 kW/720 hp. This enables it to accelerate from 0 to 100 km/h (62 mph) in comfortably under three seconds.

The development team’s aim here was to build an experimental vehicle which impresses not only with its longitudinal dynamics but also in terms of lateral dynamics. Indeed, as drivers would expect from a BMW, it has been designed not only to be fast in a straight line but also to put a smile on the driver’s face thorough keenly taken corners. 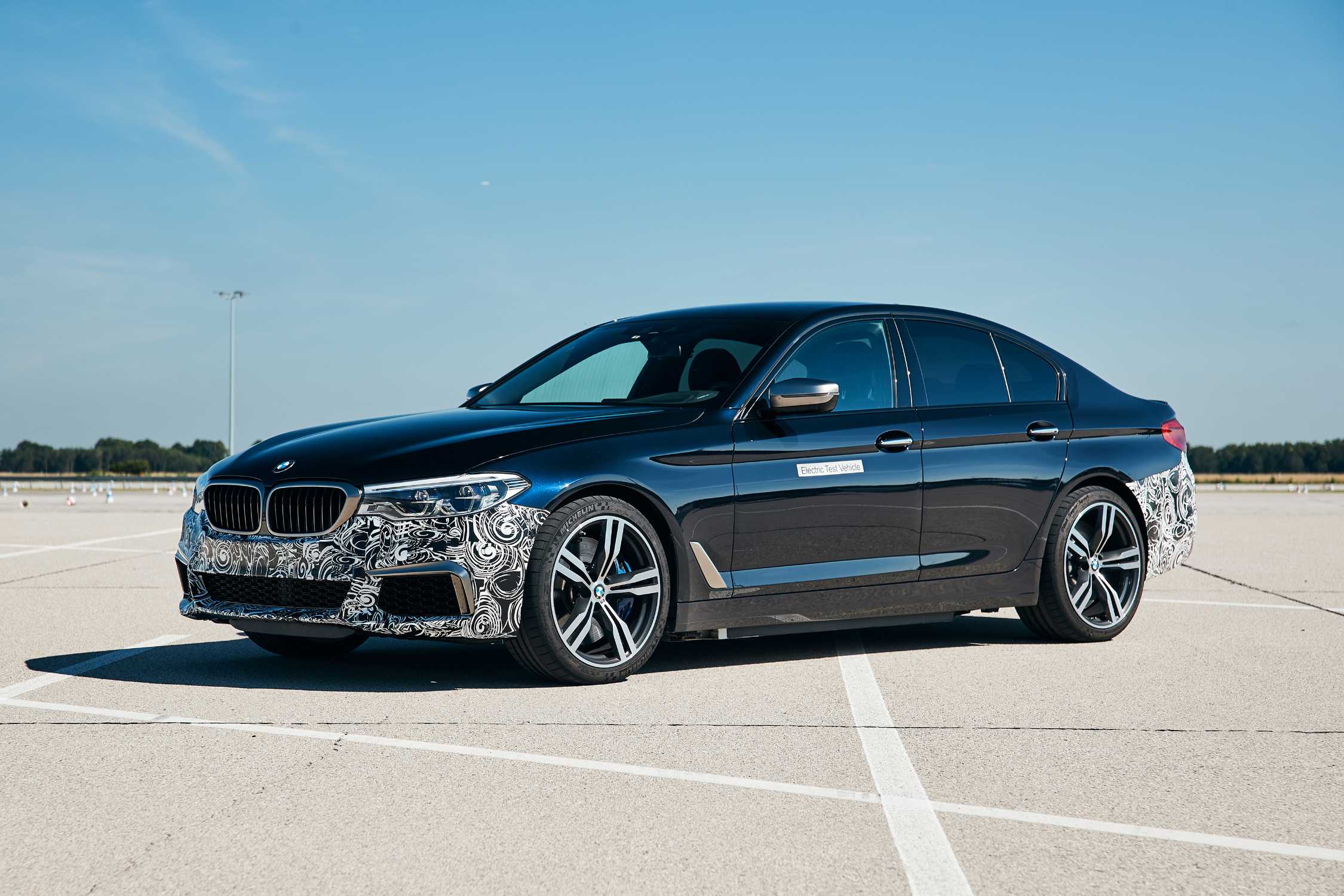 To this end, the chassis and powertrain engineers worked together particularly closely to maximise the car’s performance. Key to its dynamic attributes is that the two electric motors at the rear axle are controlled separately. This brings e-torque vectoring into play, which enables maximum drive power to be translated into forward propulsion even in extremely dynamic driving manoeuvres.

The drive system comprises three fifth-generation drive units, each of which brings together an electric motor and the associated power electronics and power take-off within a single housing. One is mounted at the front axle and two (a double drive unit) at the rear axle. Another notable aspect of this generation alongside its eye-catching power is that it is entirely free of rare earths. An electric motor of this type will make its series production debut in the BMW iX3. The iX3 will only have one motor, though, rather than three. 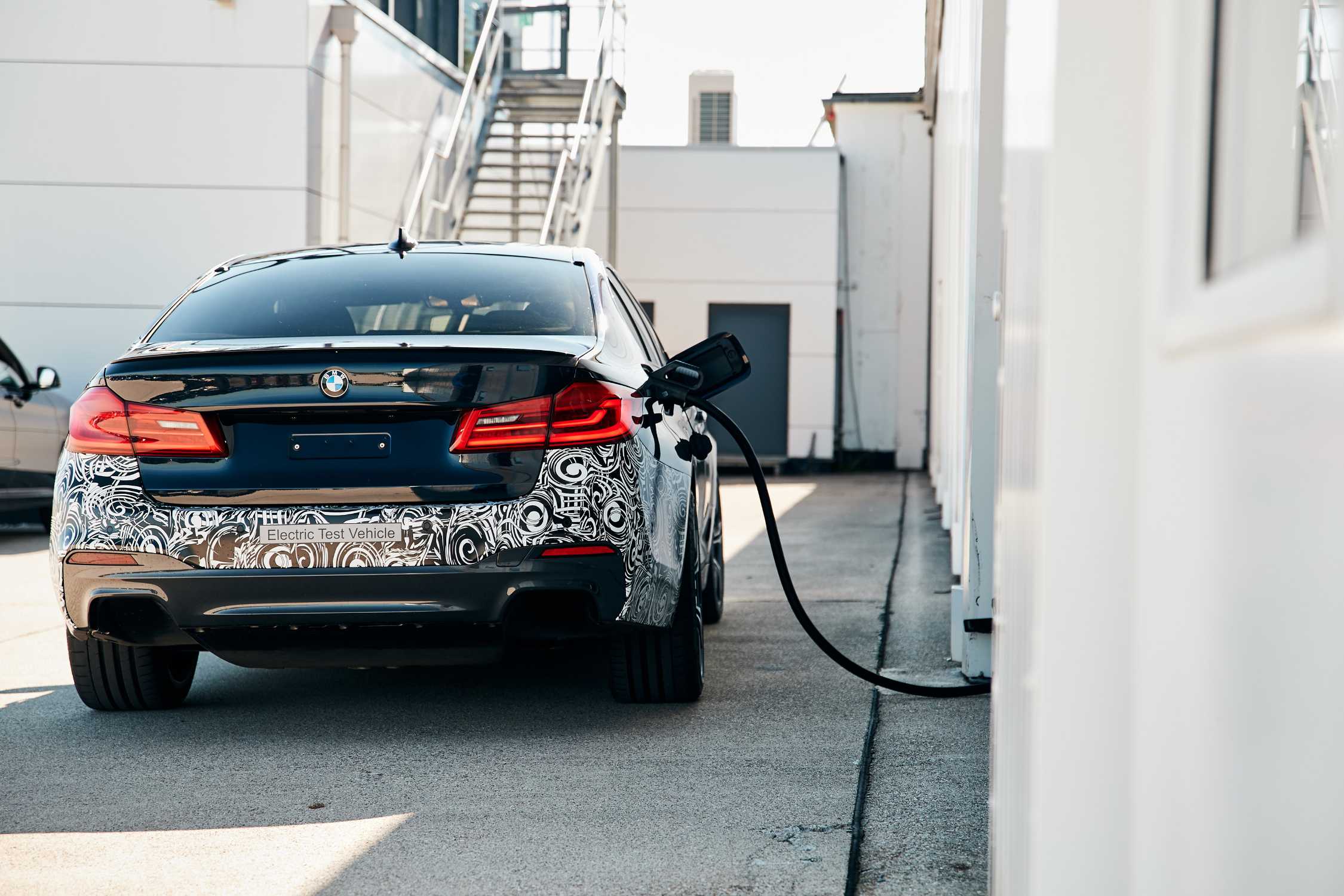 A current BMW 5 Series production model serves as the donor car for the Power BEV. Integrating a drive system of this type into a production car represents a serious technical undertaking, but it has been achieved here with absolutely no restriction in passenger compartment space. This makes it far easier to assess this drive concept alongside alternatives.

It has also allowed the engineers to look even more effectively into the possibilities opened up by two separately controllable electric motors at the rear axle with e-torque vectoring.

And that means, in future series-production vehicle projects, the right technology can be selected for the model at hand. Customers will therefore be provided with the most appropriate technology for their choice of vehicle concept.