Munich. The BMW Group is releasing another software package that makes light work of creating artificial intelligence (AI) applications for object recognition. The core of the latest release (github.com/BMW-InnovationLab) is the so-called BMW Labeling Tool Lite. This tool allows for users to easily label objects in photos, an offline solution used in production to quickly create AI apps that reliably identify objects in photos.

The new release is influenced by important practical experience from the BMW Group’s production network: “Smart AI solutions make the day-to-day work of our associates noticeably easier. Users need no longer worry about the underlying technology. The logic is the same as with a good smartphone app: easy to install, quick to understand, use it of your own accord. That’s the only way a solution will quickly attract widespread use and become more effective,” says Michele Melchiorre, Head of Production System, Planning. 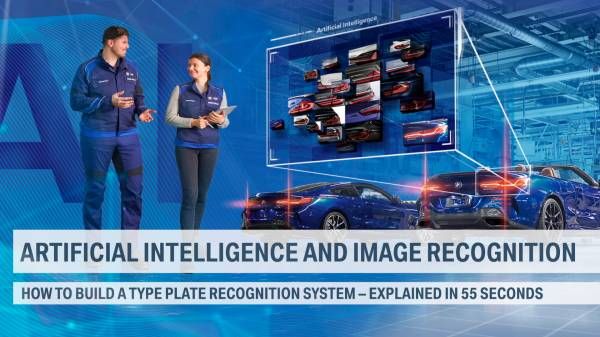 Building an object-recognition app, even with no AI expertise, can be quick and straightforward to do, without having to programme any software. To train an app that suits their needs, production associates start with taking and labelling photos. The software then optimises itself independently and can distinguish between “right” and “wrong” after just a few hours, having worked through the labels. By comparing live images from Production, the app can recognise quickly and reliably whether the right parts have been used, for instance: as proven by an AI app for accurate recognition of up to 10 different BMW 3 Series Sedan door sill strips at BMW Group Plant Munich. 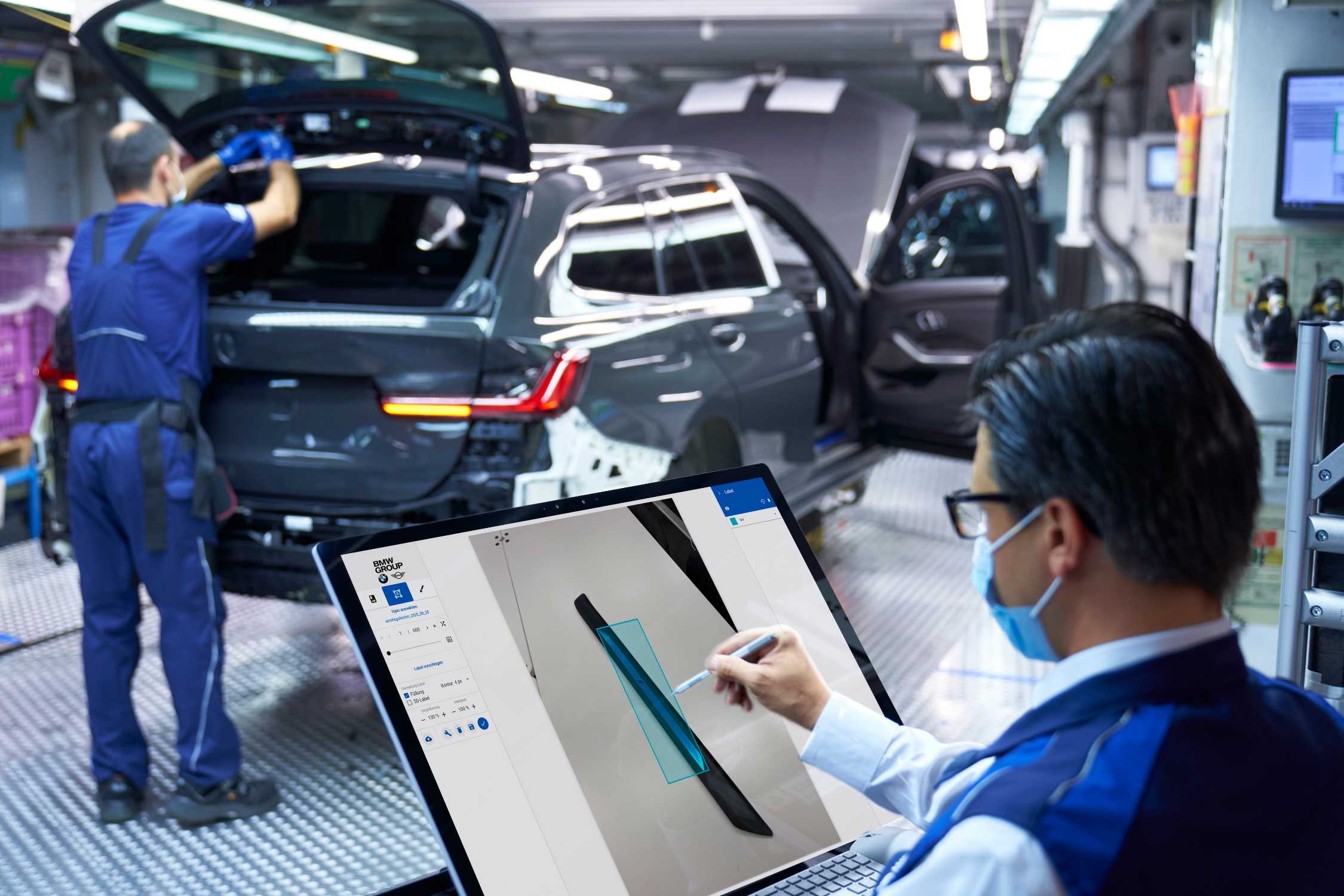 “As well as supporting quality work in Production, this self-service for AI apps also offers particular benefits for the numerous Smart Transport Robots in Logistics at the BMW Group,” emphasises Dirk Dreher, Head of Logistics Planning.

Jimmy Nassif, Head of IT Planning Systems in Logistics, agrees: “With our software package, it takes just a few hours to build apps for comparing actual and target statuses.”  Matthias Schindler, Cluster Supervisor for Smart Data Analytics in the production system, adds: “And there are countless possible uses for these apps.”

The published algorithms are freely available for software developers worldwide to use, view, modify and develop the source code further. These developments will also benefit the BMW Group. What’s notable about this now freely accessible software package is its simple, straightforward use based on plug & play. Users require neither programming skills, specific hardware or additional software; a standard powerful PC is enough.

The BMW Group already published selected algorithms from this area of AI back in autumn 2019. “The wealth of feedback on the algorithms we released in 2019 was overwhelming. Our BMW AI community is delighted with the appreciation we got from around the world. We are seeing useful enhancements based on our source code. That prompted us to publish more algorithms, to help open up AI for mainstream users,” says Kai Demtroeder, Head of Data Transformation, Artificial Intelligence in BMW Group IT.

With this latest release, the BMW Group is offering a complete solution for AI-based object recognition. Users who value high system stability will appreciate the additional functions such as failover and load balancing, which have now been added to the object-recognition interfaces (API).

The BMW Group employs a whole host of AI apps in Production and Logistics, as they make life easier for associates by taking over especially monotonous or tiring monitoring tasks.