First of its kind and innovation driver for sustainable mobility: 200 000 BMW i3 produced to date.

Munich. The BMW i3 is sustainably on course for success - in both senses of the word. Almost seven years after its market launch, the purely electrically powered and thus locally emission-free compact model is still in continuous high demand. At the BMW Group plant in Leipzig, the 200 000th BMW i3 model rolled off the production line yesterday - almost silently as always. The BMW i3s with Fluid Black metallic paint finish and accents in BMW i Blue was produced for a customer from Saxony and will be delivered by the BMW branch in Leipzig.

The BMW i3 with 125 kW/170 hp and BMW i3s with 135 kW/184 hp are built in Leipzig for the entire world market on a dedicated production line and by specially trained employees. With the start of production in 2013, the plant in Saxony became a pioneer and centre of excellence for sustainable mobility. The BMW i3 was the BMW Group's first purely electrically powered large-scale serial model and also the company's first vehicle with a passenger cell made of carbon fibre reinforced plastic (CFRP). The Life module made of CFRP is part of a vehicle architecture specific to BMW i and designed for electric mobility from the outset. It is shaped in Leipzig from carbon fibre scrims and assembled in a unique process developed by the BMW Group. This is followed by the union with the drive module, the aluminium chassis, which bears the drive, chassis and high-voltage battery. State-of-the-art manufacturing processes ensure that the body construction and assembly of the BMW i3 in Leipzig takes only about half the time required for conventional vehicles.

BMW i3 as innovation driver for electric mobility and lightweight construction.

The success of the BMW i3 and the experience gained in developing and manufacturing it have significantly boosted progress in the fields of electric mobility and lightweight construction. In this way the BMW i brand has become the workshop of the future for the entire company. The drive of the BMW i3s now also powers the MINI Cooper SE to provide purely electric driving joy. In addition, the gross energy content of the high-voltage storage unit was almost doubled from initially 22.6 to 42.2 kWh without changing its size. The range of the BMW i3 thus increased to between 285 and 310 kilometres in the WLTP test cycle.

Based on the know-how acquired with the BMW i3, numerous innovations have also been achieved in the fields of drive, power electronics and charging technology. The fifth generation of BMW eDrive technology is now ready for series production. It is used, among other things, in the new technology flagship of the BMW Group, the BMW iNEXT, which will be manufactured at the BMW Group plant in Dingolfing, with components from the BMW plant Landshut, from 2021 onwards. The high-tech material CFRP is for example now also contributing to intelligent lightweight construction in the BMW 7 Series. 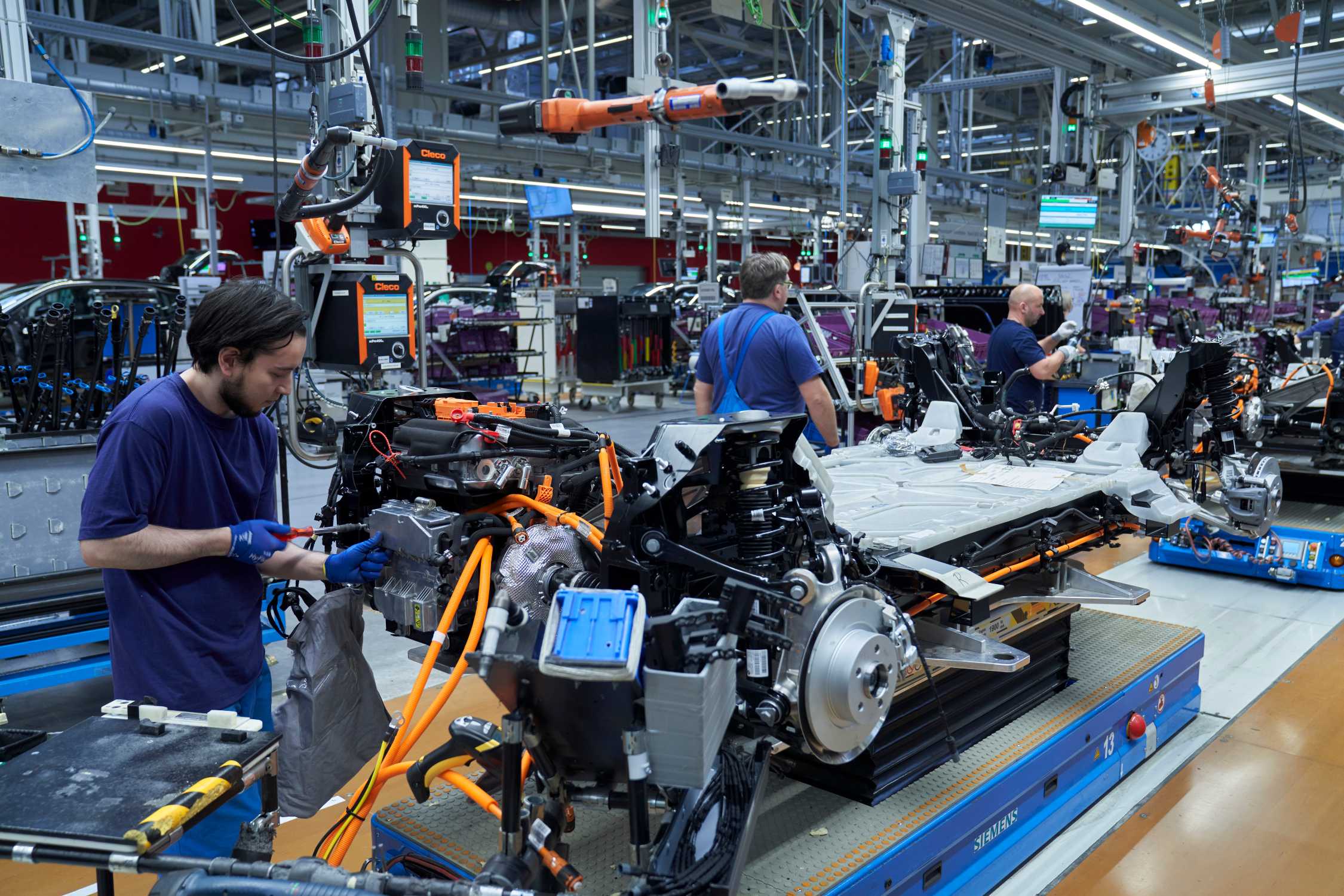 Leipzig as a location for the future: Battery module production to start in 2021.

The BMW Group plant in Leipzig will continue to make a significant contribution to expanding electric mobility in the future. The site will become part of the BMW Group's international production network for battery modules as early as 2021. By 2022, the BMW Group will invest more than 100 million euros in establishing battery module production in Leipzig. In future, the lithium-ion cells supplied, will be assembled into standardised modules in a highly automated process. These will then be assembled together with the connections to the vehicle, the control units and the cooling units in an aluminium housing specific to each model. By 2022 more than 150 employees will be working in the battery module production in Leipzig.

In this way, the expertise gained at this BMW i3 production site is consistently used for manufacturing electrified vehicles in Germany. The BMW Group plant in Leipzig, where in addition to the BMW i3, models of the BMW 1 and 2 Series with conventional and plug-in hybrid drive are also manufactured, is thus even more comprehensively equipped for the "Power of Choice" approach in the company's model strategy in the future. 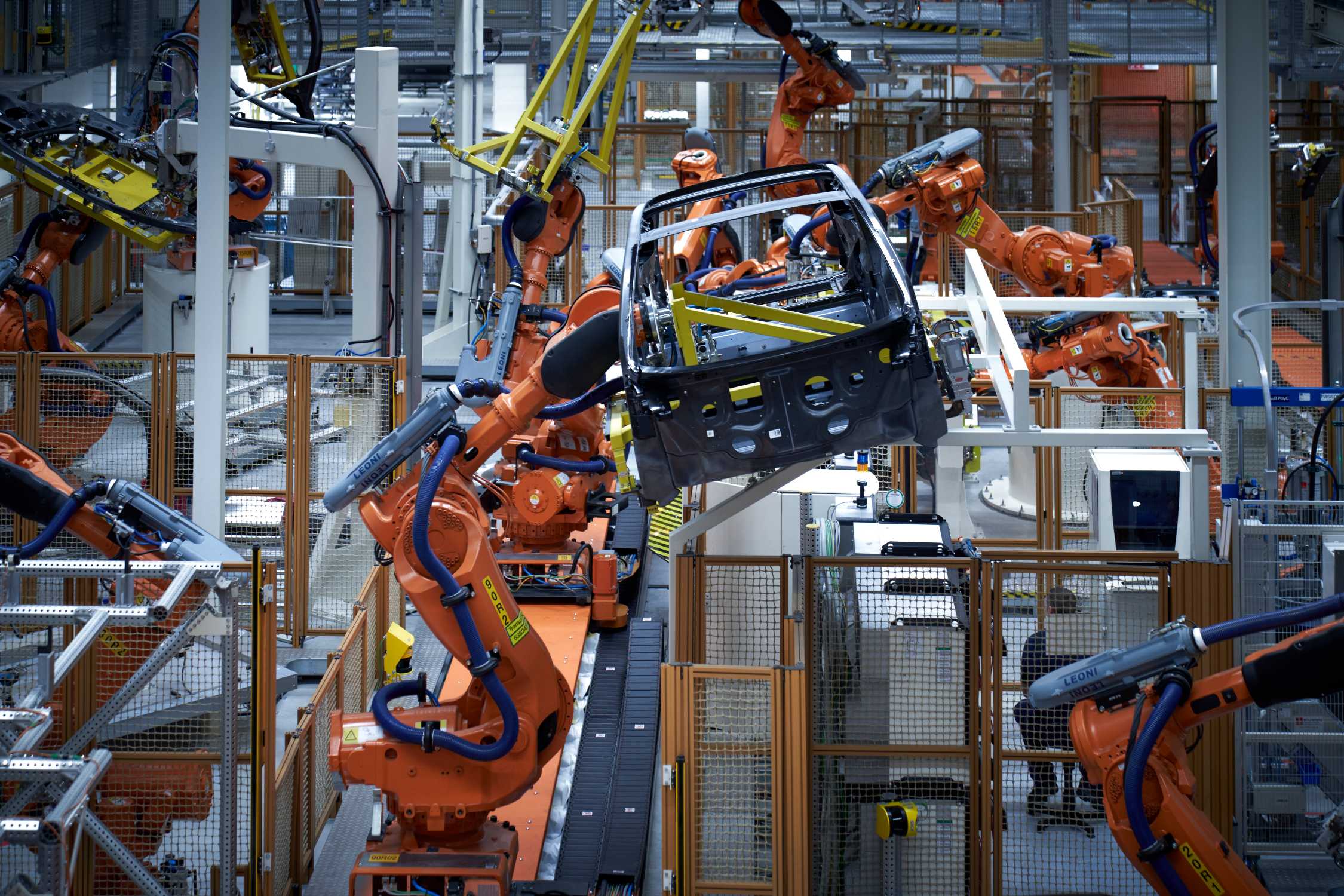 Pioneer for premium electric mobility in the city and for an overall understanding of sustainability.

The BMW i3 was developed as a revolutionary new vehicle concept for individual mobility in urban areas. With the BMW i3, the BMW Group has provided significant impetus for change in the field of inner-city transport, which has also inspired other car manufacturers to devote more attention to electric mobility. Today, the BMW i3 is not only still the best-selling premium car in its segment, but also a world-renowned symbol of locally emission-free driving in the city and for commuting between home and work.

According to a 2019 study by the German Automobile Club (ADAC), customers benefit not only from ecological but also from significant economic advantages. According to the calculations, the total costs for a BMW i3 or BMW i3s are on average around 20 percent lower than for a BMW model with a combustion engine that is comparable in terms of engine performance and equipment. All expenditures for the acquisition, operation and depreciation of the vehicles were taken into account, with a holding period of five years each and a total mileage of 75 000 kilometres. Thanks to the now increased state subsidies for electrified vehicles, the lead of the BMW i3 and the BMW i3s in terms of economy is currently even greater.

In addition, the BMW i3 represents a new understanding of premium mobility, which is also strongly characterised by sustainability beyond the purely electric drive. Its roof is made of recycled CFRP at the BMW Group plant in Leipzig. Painting its plastic outer skin requires 75 percent less energy and 70 percent less water compared to conventional processes. 25 percent of the materials used for the thermoplastic exterior parts were either recycled or produced from renewable resources. A high proportion of renewable raw materials and recycled materials is also used in the interior. Production of the BMW i3 at the BMW Group plant in Leipzig is 100 per cent CO2 neutral. Wind turbines on the factory premises supply the electricity required for production.

The outstanding life cycle assessment of the BMW i3 has already been confirmed by an ISO certificate issued by independent auditors immediately after its market launch. To this end, experts from TÜV Süd analysed all relevant data and evaluations, from which the environmental balance of the BMW i3 for the entire vehicle life cycle was derived, from raw material extraction and production to use and recycling. According to the study, the use of energy from the EU-25 electricity mix already resulted in a greenhouse gas potential reduced by around 30 percent compared to similar vehicles with conventional drive systems. When operated exclusively with regeneratively generated energy, such as wind or solar power, the CO2 footprint was even reduced by more than 50 percent.

Further News for: Technology · BMW i3 · BMW i Automobiles