Dingolfing. No fewer than five new models celebrated their series launch at BMW Group Plant Dingolfing today. The first new addition is the BMW 4 Series Coupé, which continues the sports coupé tradition at the BMW site in Lower Bavaria with its individual and sporty character. Updated models of the BMW 5 Series Sedan, including the BMW M5 and the BMW 5 Series Touring, will come off the production line at the same time. All vehicles with four and six-cylinder engines will now offer not only sharper design, but also highly efficient 48-volt mild-hybrid technology – ensuring improved driving performance with better fuel economy and enhanced driving comfort. This will also benefit the new BMW 6 Series Gran Turismo, which impresses customers with its outstanding long-distance capabilities.

Christoph Schröder, head of BMW Group Plant Dingolfing: “Launching production of five models at the same time requires precise planning and intense concentration across the entire plant. Despite the temporary suspension of production and one-shift restart under coronavirus conditions, we have managed to release the new BMW 4 Series Coupé, BMW 5 Series and BMW 6 Series Gran Turismo on schedule, with the highest level of quality. This is a tremendous achievement by the team in Dingolfing and the entire process chain that has earned my utmost respect.”

Elegant sports coupés are an essential part of BMW model history and also have a long tradition at BMW Group Plant Dingolfing, beginning with the BMW 6 Series Coupé in 1977. 43 years later, the new BMW 4 Series Coupé is now rolling off the production line in Lower Bavaria, bringing its standalone design and distinctive character profile to the premium mid-size segment. The biggest sales markets for the two-door coupé are the US, the UK and Germany.

The new BMW 4 Series uses intelligent lightweight construction to support its uniquely sporty handling: The bonnet, front side panels and doors of the new BMW 4 Series Coupé are made from aluminium at the Dingolfing press plant. Key chassis components also come from the adjacent BMW Group Plant 02.10: The Dingolfing component plant supplies the galvanised front axle support, front and rear axle and axle transmission for assembly at the vehicle plant.

A BMW M440i xDrive Coupé will make its debut at the top of the range. Its especially powerful 275 kW/374 hp six-cylinder in-line petrol engine delivers outstanding performance, capable of sprinting from 0 to 100 km/h in 4.5 seconds. Two four-cylinder petrol engines and a four-cylinder diesel unit will also be available from market launch in October 2020. Two six-cylinder in-line diesel engines will also join the line-up in March 2021.

The interior design and equipment options are also clearly focused on creating a particularly intense driving experience. The new BMW 4 Series Coupé is fitted with a retractable seatbelt extender and windscreen with acoustic glass as standard. The worldwide market introduction of the new BMW 4 Series Coupé will begin in October 2020, with prices starting at 45,800 EUR. 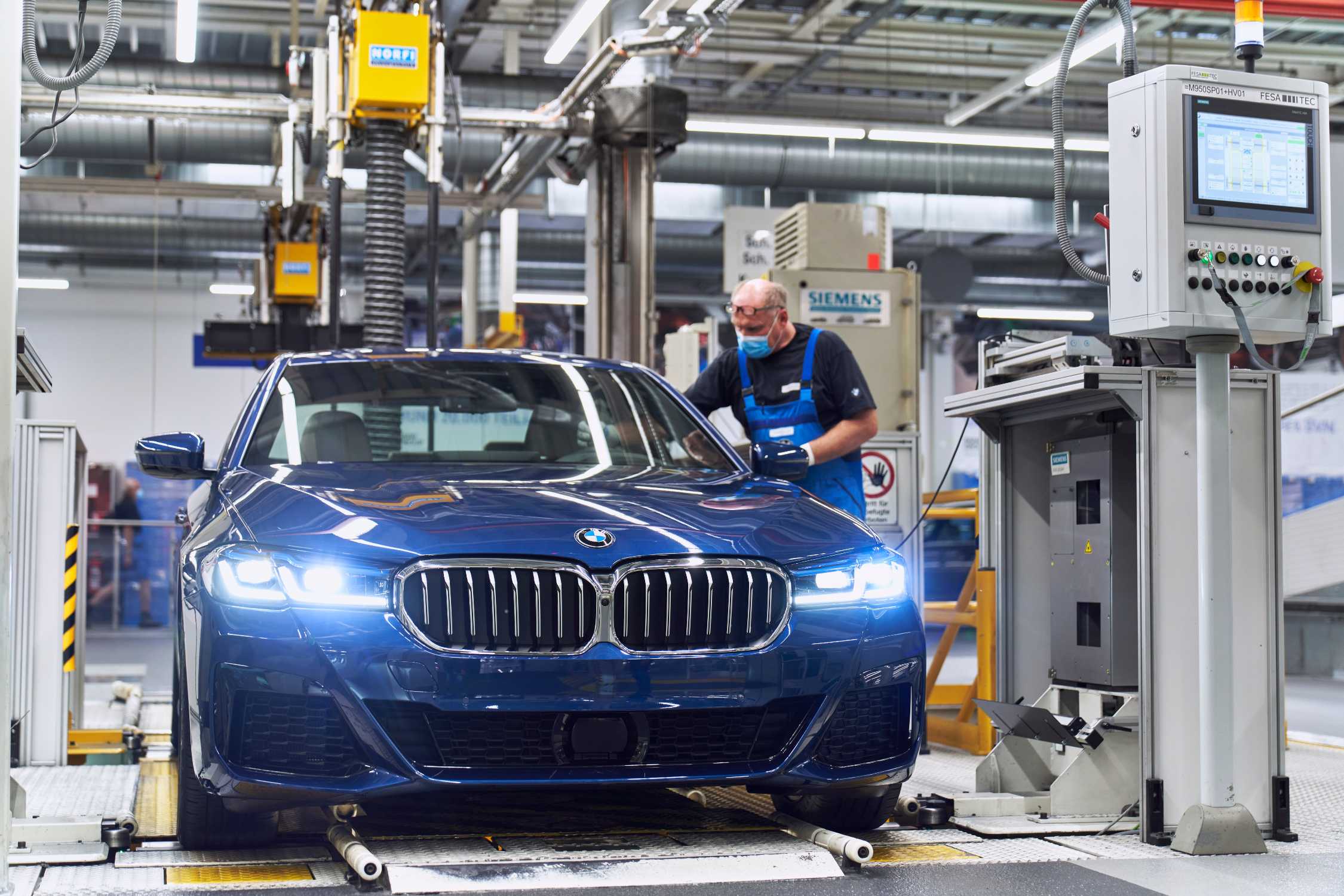 Four updated BMW 5 Series and 6 Series models will also be launched at the Dingolfing location in July 2020, alongside the new BMW 4 Series. Stefan Schmid, Chairman of the Works Council at BMW Group Plant Dingolfing: “Five at one go. With the start of production for the new BMW 4 Series Coupé and updated BMW 5 Series and BMW 6 Series models taking place at the same time, staff in Dingolfing have proved once again that they can master complex launches and the company can rely on our location. Our plant is now ideally prepared for more models later this year, as well as the series launch of the BMW iNEXT in 2021.”

The BMW 5 Series has been a real success story for BMW Group Plant Dingolfing since 1973. More than 630,000 vehicles from the current model generation have already been sold worldwide. Targeted optimisations are now creating the necessary conditions to continue the success of the BMW 5 Series. For example, the BMW kidney grille has been enhanced and the LED headlights given new graphic elements, while the rear lights have undergone three-dimensional modelling.

BMW M GmbH has also given its BMW M5 high-performance sedan a sharper look, including a redesign of the front and rear aprons.

The BMW 5 Series now offers even more electric drive train options: The BMW 530e Sedan is available right away with the latest battery-cell generation – enabling a pure-electric range of 62 to 67 kilometres. The battery will be manufactured at nearby Plant 02.20, the BMW Group’s Competence Centre for E-Drive Production. From autumn 2020, the BMW 5 Series Touring will also be available for the first time as a plug-in hybrid. The BMW 545e xDrive Sedan will be the first plug-in hybrid with a six-cylinder petrol engine. This means, from November 2020, five electrified model variants of the BMW 5 Series alone will be available.

In addition, all four and six-cylinder engines will come with ultra-efficient 48-volt mild-hybrid technology as standard. Depending on the driving situation, the starter generator either allows brake energy to be regenerated or provides an electric boost of 11 hp. This will also benefit all model variants of the new BMW 6 Series Gran Turismo, which is proving very popular in markets like South Korea or India, thanks to its elegant appearance and exceptional comfort over longer distances.