With the know-how of the Dakar Rally winner: The MINI Countryman Powered by X-raid.

An upgrade with the renowned offroad specialist transforms the all-round talent of the British premium brand into a force ready to rise to all the challenges away from conventional roads – The exclusive package for demanding terrain comprises special wheel rims and tyres, and an increase in the vehicle’s height above the ground – Tailormade concept based on many years of experience crowned by five victories in the world’s most demanding endurance rally.

Munich. The MINI Countryman arouses the desire for adventure. The biggest model of the British premium brand has been designed with five doors and an interior compartment that can be used in a variety of different ways. This automobile is a true all-round talent and not simply in everyday traffic. Its robust vehicle concept, powerful engines and the optional ALL4 all-wheel drive ensure limitless driving fun even away from paved carriageways. And that’s not all. As a support vehicle in the entourage of the X-raid Team – currently the incumbent overall winner of the Dakar Rally – the MINI Countryman has already put in an impressive performance under extreme conditions a number of times, displaying dynamic performance and versatility. MINI fans are now also able to benefit from the experience of the successful offroad specialists. Chassis modifications derived directly from rally sport transform the five-door series vehicle into a MINI Countryman Powered by X-raid.

A significant increase in ground clearance, particularly resilient wheel rims and tyres with higher flanks are prominent features of the upgrade for driving on challenging terrain that is now offered by the X-raid Team in Trebur, Hesse. These features were specially developed for the MINI Countryman and for outings on offroad terrain. 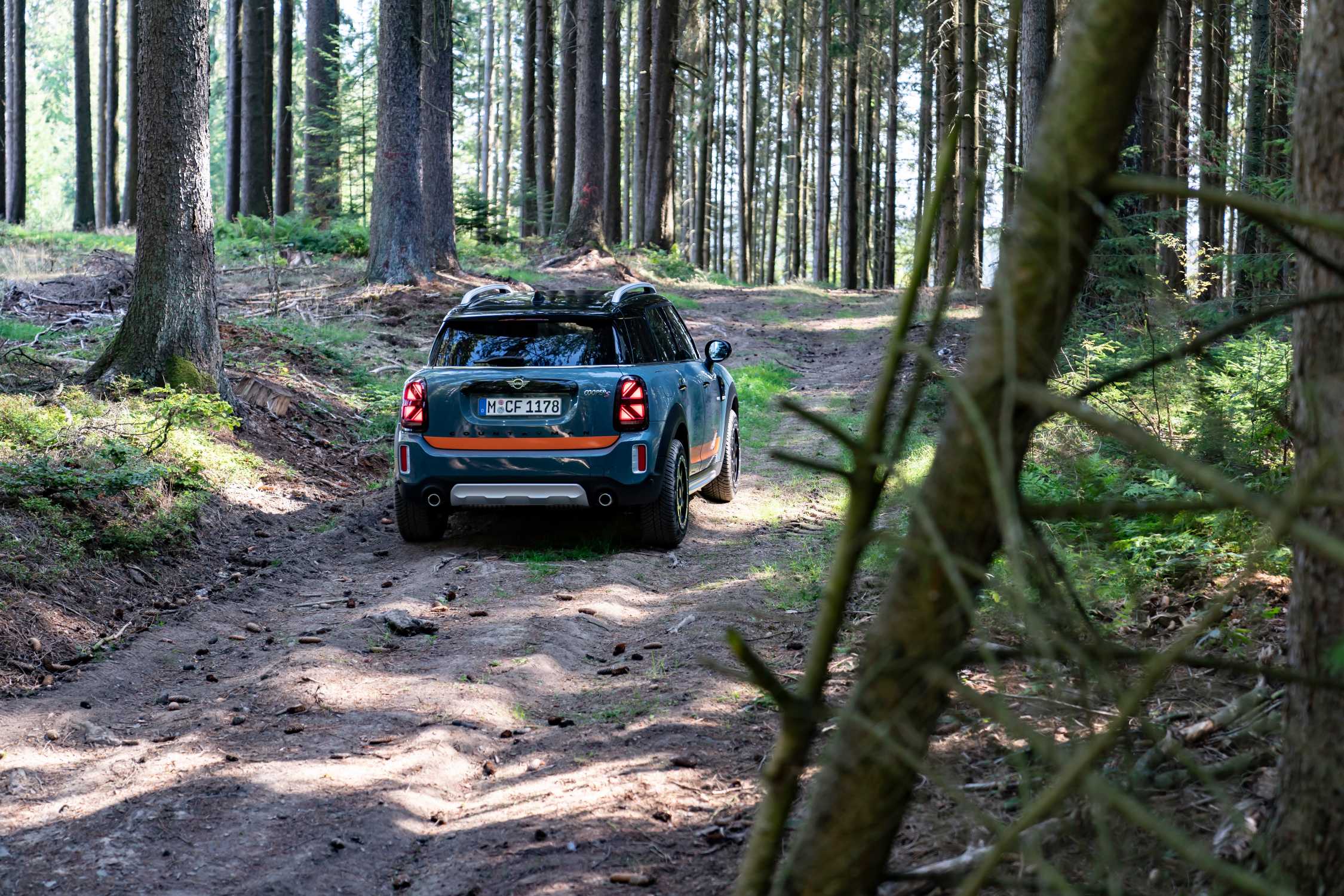 MINI, the X-raid Team and the Dakar Rally – for a decade, this triad has represented exceptional success in motor sport. From 2012 to 2015, the X-raid Team achieved overall victory for MINI four times in succession in the editions of the classic rally held in South America. An additional overall success followed in 2020. This time the marathon rally covered thousands of kilometres through the sands of Saudi Arabia. The MINI Countryman Powered by X-raid is a truly authentic vehicle, epitomising not simply the flair of five victories in the Dakar Rally but also the technology that contributed to these triumphs.

The X-raid Team is familiar both with the features of the MINI Countryman that are specific to the model and with the tough conditions besetting competitors and materials alike in endurance rallies played out on desert sand, rough terrain, mud and stony ground. The team’s know-how flows not only into the development and creation of winners in the Dakar Rally like the MINI ALL4 Racing and the MINI John Cooper Works Buggy but also into continuously optimised preparation of the service vehicles. This involved extensive modifications to the chassis and bodywork to make the MINI Countryman a particularly reliable support vehicle over race stages often extending along hundreds of kilometres. 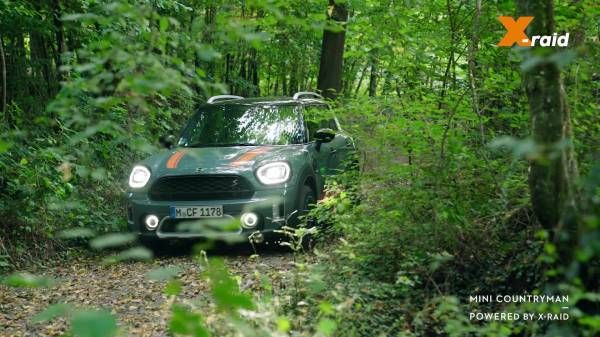 Increased ground clearance and measures to avoid flat tyres enabled the service vehicles of the X-raid Team to travel without mishap along tracks mined with potholes and strewn with sharp-edged rocks that are typical of the Andean highlands between Argentina and Chile, and on the rough terrain of the Saudi Arabian desert. Naturally, this means that the MINI Countryman Powered by X-raid is now well equipped for individual challenges on offroad terrain. Increasing the ride height of the vehicle and the large format for wheel rims and tyres raise the ground clearance for the MINI Countryman overall by up to 40 millimetres. As a result, the fording depth and the ramp angle are significantly optimised.

The wheels developed specially for rallying provide effective protection against tyre damage. A robust rim ring ensures that it is not necessary to change the entire wheel if damage is sustained on rocky ground. It also creates a powerful visual impact and masks the high tyre flanks.

The full scope of the upgrade, prices and availabilities can be found at offroad@x-raid.