Preparations for BMW iX3 start of production proceeding according to plan

Munich/Shenyang. The BMW Group is systematically pursuing its electrification strategy and will release the new BMW iX3 onto the market by the end of 2020. Standard production of the BMW core brand’s first pure electric model will get underway at the BMW Brilliance Automotive joint venture (BBA) in China in late summer as planned: BBA Plant Dadong will produce the first Sports Activity Vehicle (SAV) with a pure electric drive train for the global market. The first of these electric vehicles will be delivered to customers by the end of the year.

The testing required for homologation of the new BMW iX3 has now been successfully completed and the results submitted to the regulatory authorities in key automotive markets. “This is the first time we have completed the entire homologation process for a fully electric model in China and Europe at the same time. The staff on our testing team mastered this unique challenge with tremendous dedication and efficiency,” said Arno Keller, head of Development BMW iX3. More than 340 hours of testing, including over 7700 kilometres of test drives, had to be completed within four weeks.

Preparations for production of the BMW iX3 were stepped up in Shenyang in parallel. BBA has been building BMW iX3 pre-production vehicles at Plant Dadong in Shenyang since the middle of last year. The 200th pre-production model recently came off the assembly line and test drives on Chinese roads began – allowing development and test engineers to make final adjustments. 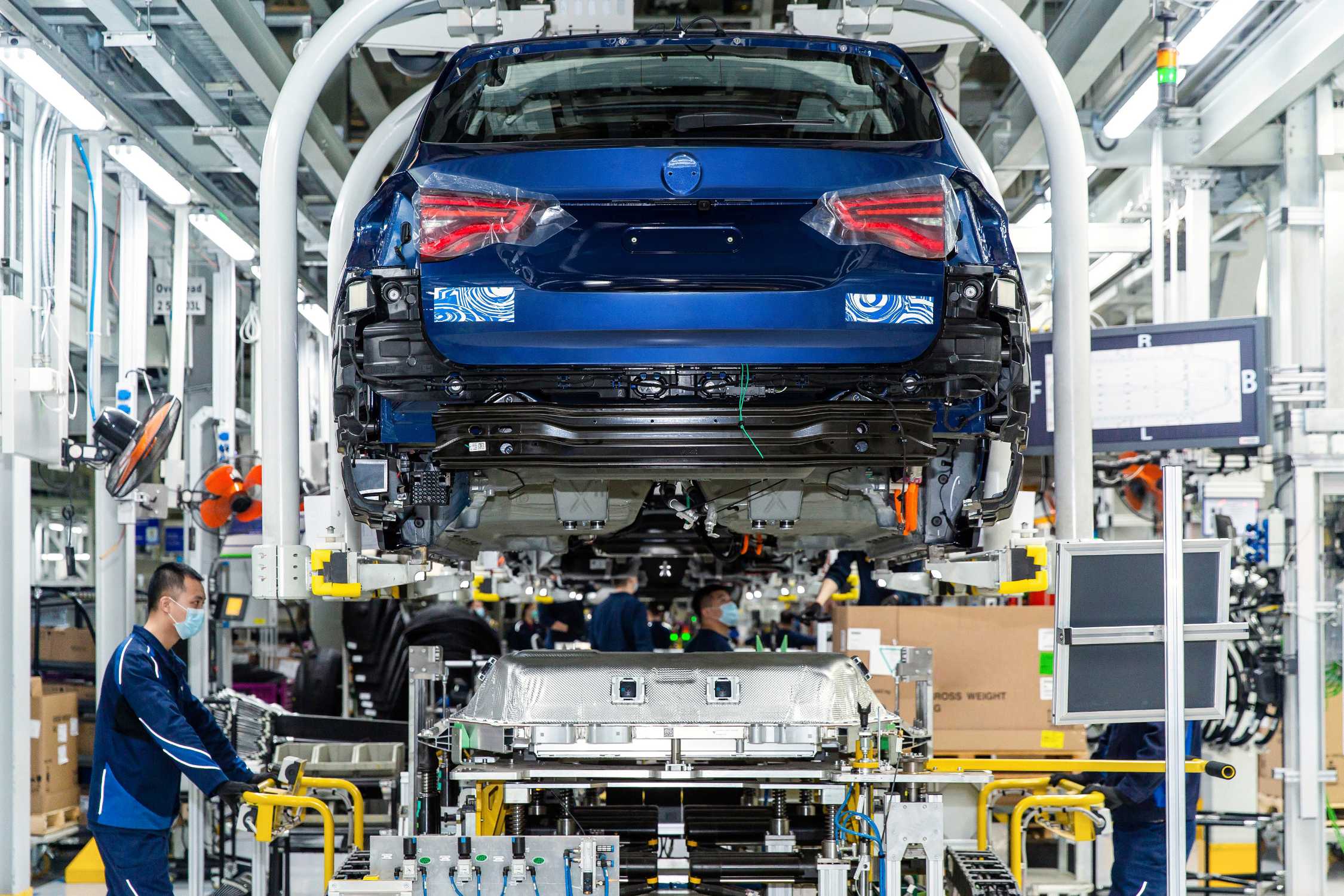 “We are right on schedule with our BMW iX3 pre-production vehicles and will launch standard production in late summer, using state-of-the-art technologies such as custom installation of the new high-voltage battery and artificial intelligence for monitoring parts,” explained Robert Küssel, BBA Plant Director Dadong. “We are also producing the fully-electric BMW iX3 and the BMW X3 with combustion engine on the same production line. This enables us to achieve high efficiency and flexibility in production,” Küssel continued.

With the new BMW iX3, the BMW Group is adding another fully-electric vehicle to its portfolio that will not only tap into new customer groups, but also arrives on the market at a time when demand for electric vehicles is expanding significantly. The electric car is based on the globally successful BMW X3 and combines the versatility and robust functionality of a premium mid-size Sports Activity Vehicle with ground-breaking drive technology for locally emission-free driving pleasure. The BMW X3 is the brand’s first model available with both conventional petrol and diesel engines, a plug-in hybrid system or a pure electric drive train. This “Power of Choice” approach allows the company to respond to the different needs and wants of its customers worldwide and maximise its impact in reducing global CO2 emissions.

The BMW iX3 already comes with fifth-generation BMW eDrive technology, including a drive unit with the electric engine, power electronics and transmission highly integrated into a central housing. This significantly reduces the installation space and mass of the drive technology relative to output and offers added flexibility for installing new electric powertrain components in different vehicle derivatives. A further highlight is the electric motor, which no longer requires the use of rare earths and ensures the BMW Group is not depend on their availability.

The fifth-generation electric drive train also includes new and more powerful high-voltage batteries. Thanks to their scalable, modular design, these can be used flexibly in the respective vehicle architecture and at the respective production locations.

With a range of around 440 kilometres in the WLTP test cycle (preliminary data), the BMW iX3 paves the way for BMW eDrive technology, which will also be used in BMW i4 and BMW iNEXT models from 2021 on.