The BMW iNEXT in the hottest phase of its series development.

Munich. On its way to series maturity, the BMW iNEXT is completing a further chapter of its overall vehicle testing under particularly demanding conditions. Intensive test runs in the freezing cold at the polar circle are now being followed by a contrasting program in the Kalahari in Southern Africa, where in addition to extreme heat and solar radiation, permanent dust formation and off-road terrain with its sand, pebble and gravel tracks pose exceptional challenges for the BMW Group’s technology flagship. In this literally hot phase of the series development process, not only do the drive and suspension components of the BMW iNEXT, a car designed for all-electric mobility, provide proof of their functional safety, durability and reliability, but also the car’s bodywork, interior, driver assistance systems and digitalisation technology.

The so-called hot climate tests are an integral part of a both extensive and varied development and test program within the framework of the series maturity process, which entails BMW iNEXT prototypes being subjected virtually in time lapse to the stress of an entire vehicle service life. Like every new BMW model, the vehicle’s way to serial maturity leads to the BMW Group proving ground at Miramas in Southern France, the Nürburgring Nordschleife and other racetracks and to the Winter Center in Arjeplog, Sweden, as well as to desert regions with an extremely high level of heat and dryness. 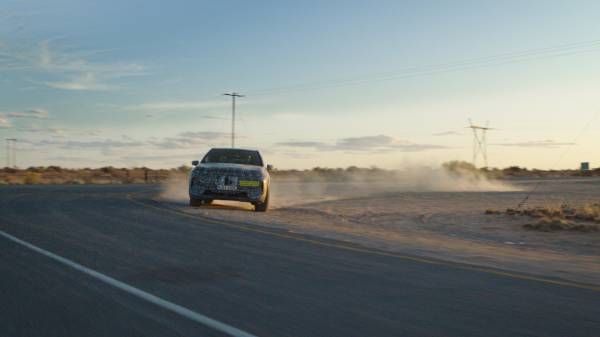 With high-speed operation, in stop & go traffic, extreme temperatures below and above zero, testing on ice and snow as well as desert sand and gravel, the pre-series vehicles master in a concentrated form all of the challenges an automobile may face in everyday traffic over a period of many years. In the process, experienced designers and efficient onboard measuring technology record the vehicle’s reactions to various weather and road surface conditions as well as other influences.  This ensures that the characteristic BMW driving pleasure experienced in future production models is not impaired in any way by exceptional circumstances. Production of the series version of the BMW iNEXT will commence at the BMW Dingolfing plant in 2021. Designed as a modern Sports Activity Vehicle, the new model combines the latest innovations defined by the BMW Group in its corporate NUMBER ONE > NEXT strategy for the future fields D-ACES (Design, Autonomous, Connected, Electrified und Services). Featuring fifth-generation BMW eDrive technology, the BMW iNEXT sets new benchmarks in sportiness, efficiency and range in a battery-powered automobile. The car’s suspension control and driver assistance systems pave the way for a further step towards autonomous driving. And current innovations in the field of operation and digitalisation also underscore the future-oriented character of the BMW iNEXT. 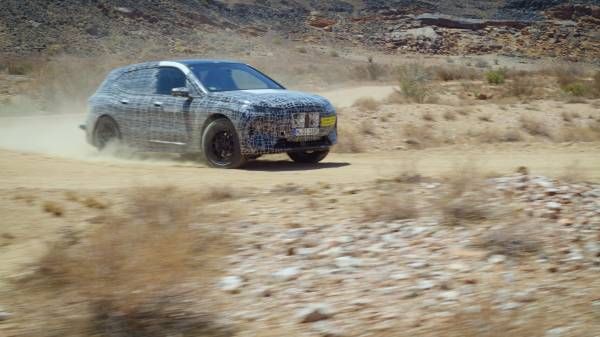 The test drives through the desert and Savanna regions in the North West of South Africa offer development engineers the ideal prerequisites for testing and harmonising all drive and suspension components under extreme conditions. Surfaces alternating between sand dunes, gravel tracks and off-road passages pose an exceptional challenge even to the intelligent four-wheel drive system of the BMW iNEXT. In temperatures that would drain any mobile phone battery in no time at all, the integrated cooling concept for the high-voltage battery, the electric motor and the vehicle electronics of the BMW iNEXT stands the test. Moreover, the interior air conditioning, which operates by means of thermal pump technology, its control system and all further components of the vehicle electronics are subjected to the extreme conditions of the desert climate in order to prove their series maturity.

During extensive heat tests, the vehicle is repeatedly exposed to the heat of the sun for hours and later cooled down. In this way, the developers test not only the operability of the electrical systems, but also the temperature stability of the materials used in the interior, because the test engineers do not accept any creaking or crackling noises even in the event of sudden and intense temperature fluctuations. Furthermore, the Kalahari offers the ideal conditions for testing the dust-tightness of flaps, doors and bonnets. During test drives over thousands of kilometres on unpaved roads, through dune landscapes and across sandy scrublands, the BMW iNEXT is stirring up a lot of dust but without letting any of it get inside.

Further News for: i20 · BMW i Automobiles · BMW iX