A touch of the South: Heading over the Alps to Merano in the MINI Cooper SD Countryman ALL4.

Since the times of Empress “Sisi”, the spa town in the South Tyrolean Adige Valley has been a popular destination for those seeking relaxation, taking the route across the Alps to enjoy not only the varied mountain landscape but also the mild climate and Italian way of life. In the MINI Cooper SD Countryman ALL4, even the journey over winding mountain passes becomes a grandiose experience.

Munich. Spring comes earlier, summer stays longer, and autumn also has its special charm in the South Tyrol region. Italian lifestyle meets Austrian-German culture before a spectacular mountain backdrop. Active holidaymakers will find ideal conditions for cycling and hiking tours between Mediterranean vegetation and spectacular rock formations, especially in the area around the traditional spa town of Merano. And after the fruit and wine harvest, numerous regional folk festivals and culinary specialities turn the trip to South Tyrol into an journey of culinary delights.

Even Empress Elisabeth "Sisi" of Austria took on the rather arduous journey at the time across the Alps to seek relaxation in Merano and enjoy a breath of the South. Today, visitors can reach the Etsch Valley quite quickly and comfortably via the Brenner motorway and an express road called "MeBo", which connects Merano with Bolzano, the capital of South Tyrol. But the fastest route is rarely the most beautiful route to reach your destination. When driving in a car which has been designed for versatile driving fun, such as the MINI Cooper SD Countryman ALL4  the desire to take a more scenic route arises almost automatically.

Delivering a top output of 140 kW/190 hp and a maximum torque of 400 Nm generated by its 2.0-litre 4-cylinder diesel engine with MINI TwinPower Turbo technology, the MINI Cooper SD Countryman ALL4 takes on steep mountain passes in spirited style. Dirty or wet road conditions don’t stand in its way since the electronically controlled ALL4 all-wheel drive system responds to changes in traction conditions within a few milliseconds. It distributes the power precisely between the front and rear wheels and always directs it to where it can be most effectively converted into driving fun. This also applies to sporty cornering on the hairpin bends, where the ALL4 system is backed by Performance Control and Electronic Differential Lock Control (EDLC). 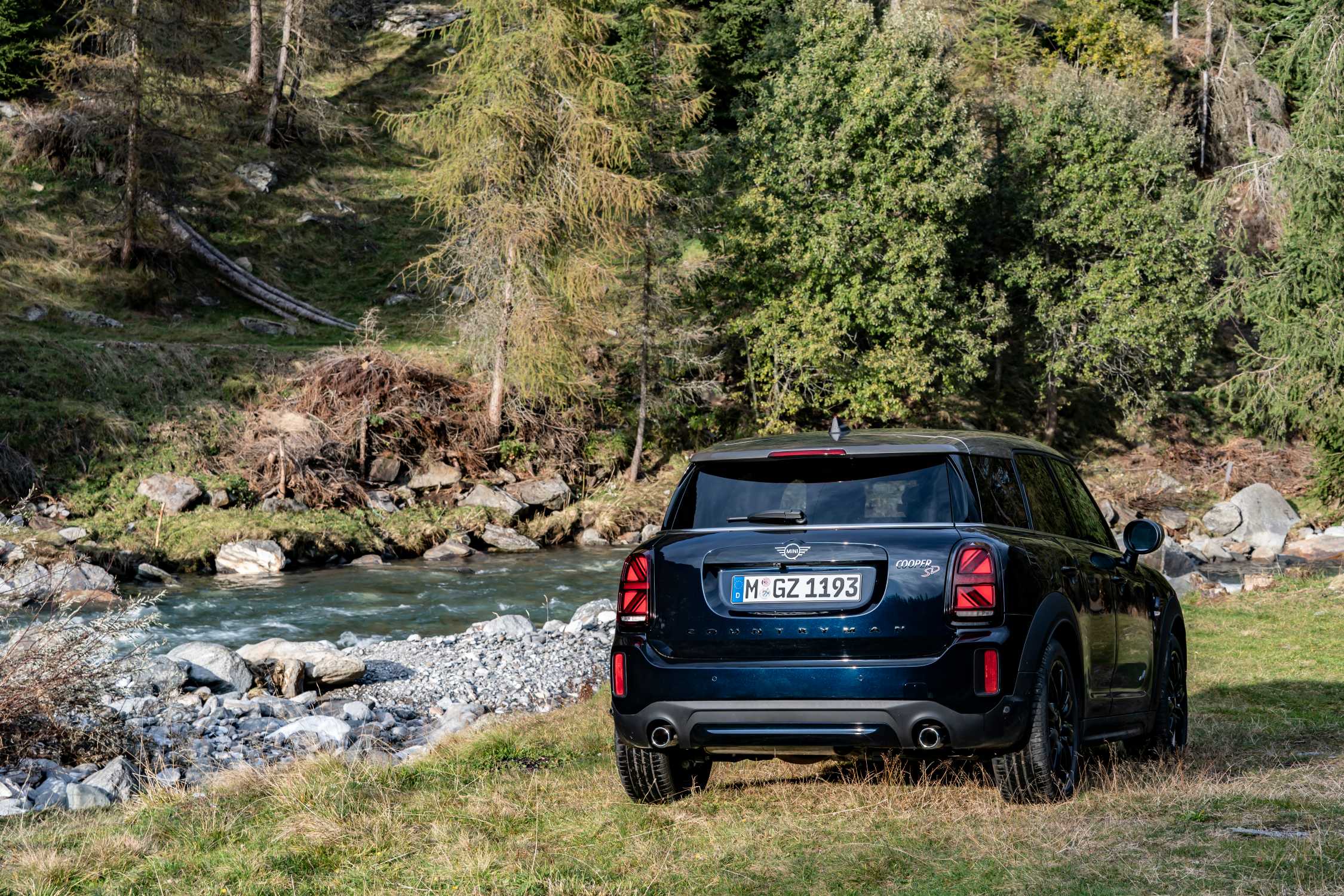 There are a number of high alpine roads which cross the border from Austria to Italy. At a maximum altitude of around 1,500 metres, the Reschen Pass, which is passable in all seasons, is the lowest Alpine crossing in this region. From Landeck, the road leads across the Inn valley and the Nauders plateau to the Reschensee lake. The church tower of Alt-Graun, which juts out of the water, still reminds us of the villages that sank into the waters of the dammed lake after the construction of a storage power station 70 years ago. Anyone leaving the Brenner motorway near Sterzing can reach Merano via the Jaufen Pass, which is located at almost 2.100 metres above sea level. This connection is comparatively short, but with around 20 narrow bends it offers plenty of opportunity to experience hallmark MINI go-kart feeling. Even higher up is the Timmelsjoch, which connects the Ötztal region in Austria with the Italian Passaier valley. Along the route, at up to 2,500 metres, there are magnificent views of snow-capped peaks and a landscape of alpine meadows, forests and barren rock. 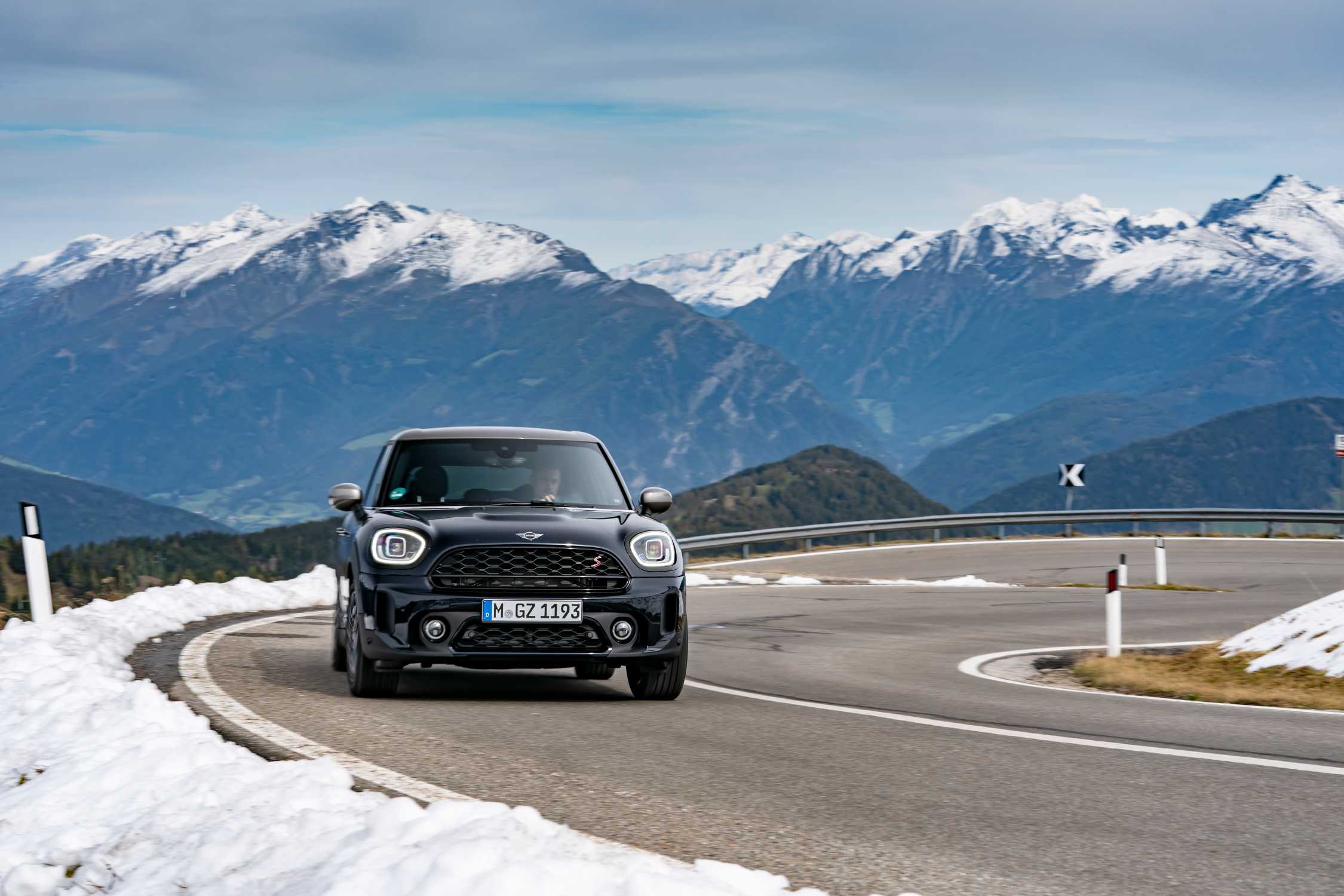 Once in Merano, visitors immediately become aware of the Mediterranean climate. This is due to the city's location in a basin into which mainly warm air from the south flows. And this is also why palm trees and other Mediterranean plants thrive, as do the colourful flowers and plants in the public parks in the city centre. Historical buildings such as the municipal theatre and the Kurhaus (spa house) remind us of Merano's boom as a tourist resort in the late19th and early 20th century. The extensive spa promenade on the banks of the river Passer was also built at that time. The centre of the city, which is closed to car traffic, is characterised by its picturesque arcades (Lauben). Beneath magnificent arches, it is home to old-established shops, cafés and restaurants that attract locals and visitors alike.

You can enjoy plenty of sunshine and mild temperatures until well into the autumn in South Tyrol. Not long afterwards, the action shifts from the valley to the mountains. As soon as the first slopes are covered with snow, numerous ski areas attract winter sports enthusiasts. The youngest attraction for skiing enthusiasts is located about 50 kilometres south-east of Merano. In the Carezza ski area, a new cable car is currently being built featuring a mountain station which is integrated into the rocky landscape almost invisibly. The arrival hall is designed in the style of an atmospherically illuminated cave and is thus reminiscent of the crystal palace from the legend of the dwarf king Laurin, which is widespread in South Tyrol. The Carezza ski area covers around 40 km of slopes and is a popular destination for excursions and holidays, not only in winter. The tourist area stretches from the high altitudes of the Dolomites to Lake Carezza, where Empress "Sisi" spent the early summer days more than 120 years ago.