Millions of fans worldwide will be able to virtually drive the new BMW M2 Competition (combined fuel consumption: 9.9 – 10.0 l/100 km; combined CO2 emissions: 225 – 228 g/km) in the popular CSR Racing 2 mobile racing game just a few hours after its world premiere at the Beijing Motor Show. The cooperation between BMW and Zynga will allow gamers to unlock and drive the compact high-performance car in different race modes – long before it hits real roads.

The CSR2 design team worked in tandem with BMW developers to bring every detail of the BMW M2 Competition to the game. From the new front apron and enlarged, redesigned BMW kidney grille in high-gloss black to the optional new M Sport bucket-style seats, to the new and exclusive Hockenheim Silver metallic exterior paint colour: Every detail of the unique BMW M2 Competition was meticulously recreated in the racing game. The best way to experience the design and new equipment options is by using CSR2’s latest feature: Augmented Reality Mode, which realistically inserts the model into its surroundings and allows it to be viewed from all sides.

“We’re excited to bring the ultimate driving experience of the BMW M2 Competition to CSR2 drivers across the globe, even before it hits real roads,” said Tobias Weber, head of Entertainment Marketing and International Product Placement for BMW. “Our development team worked in tandem with CSR2 to deliver players the fully-charged exhilaration of the BMW M2 Competition, digitally recreating its powerful engine, sleek design and unmatched ability just as it will appear on real-world roads.” 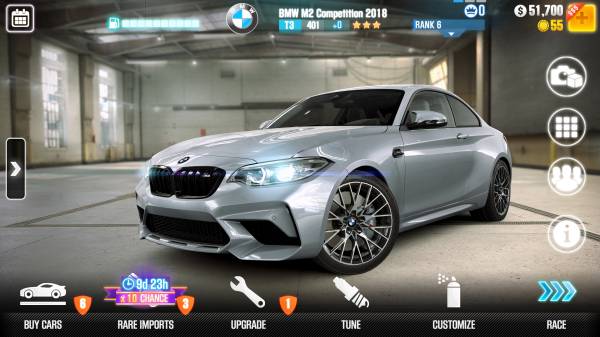 The BMW M2 Competition will soon become a favourite with the gaming community. The centrepiece is its new engine, based on the drive train from the BMW M3 and BMW M4. The twin-turbocharged straight-six engine with M TwinPower Turbo technology delivers 410 hp and takes the car from zero to 100 km/h in 4.2 seconds. For the first time, BMW M2 drivers will be able to use two selector switches in the central console to directly adjust various characteristics and settings for the engine, steering and Drivelogic functions, if M DCT is available.

“As the leading racing game on mobile, CSR2 is the perfect platform to introduce the BMW M2 Competition to car lovers around the world,” said Bernard Kim, President of Publishing for Zynga. “We’re proud to partner with BMW in reimagining how leading auto manufacturers introduce their new vehicles to global audiences by giving our players the ability to experience the BMW M2 Competition during its global unveil.”

Since the launch of the first in-game BMW car model in CSR2: 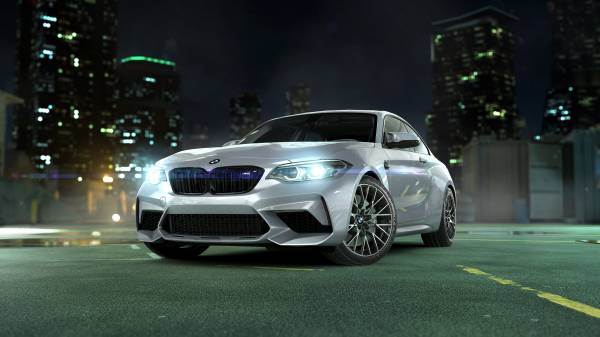 More information about the BMW M2 Competition is available in the BMW Group PressClub.