Sportier and more efficient than ever thanks to the latest BMW eDrive technology: The new BMW 330e Sedan celebrates its market launch

Plug-in hybrid variant added to the drive system line-up for the new generation of the sports sedan – Electric range over 50 per cent higher than predecessor’s, now a maximum 66 kilometres (41 miles)* – CO2 emissions down by more than 15 per cent – Increased sprinting power: Output peaks at 215 kW/292 hp with standard-fitted XtraBoost. 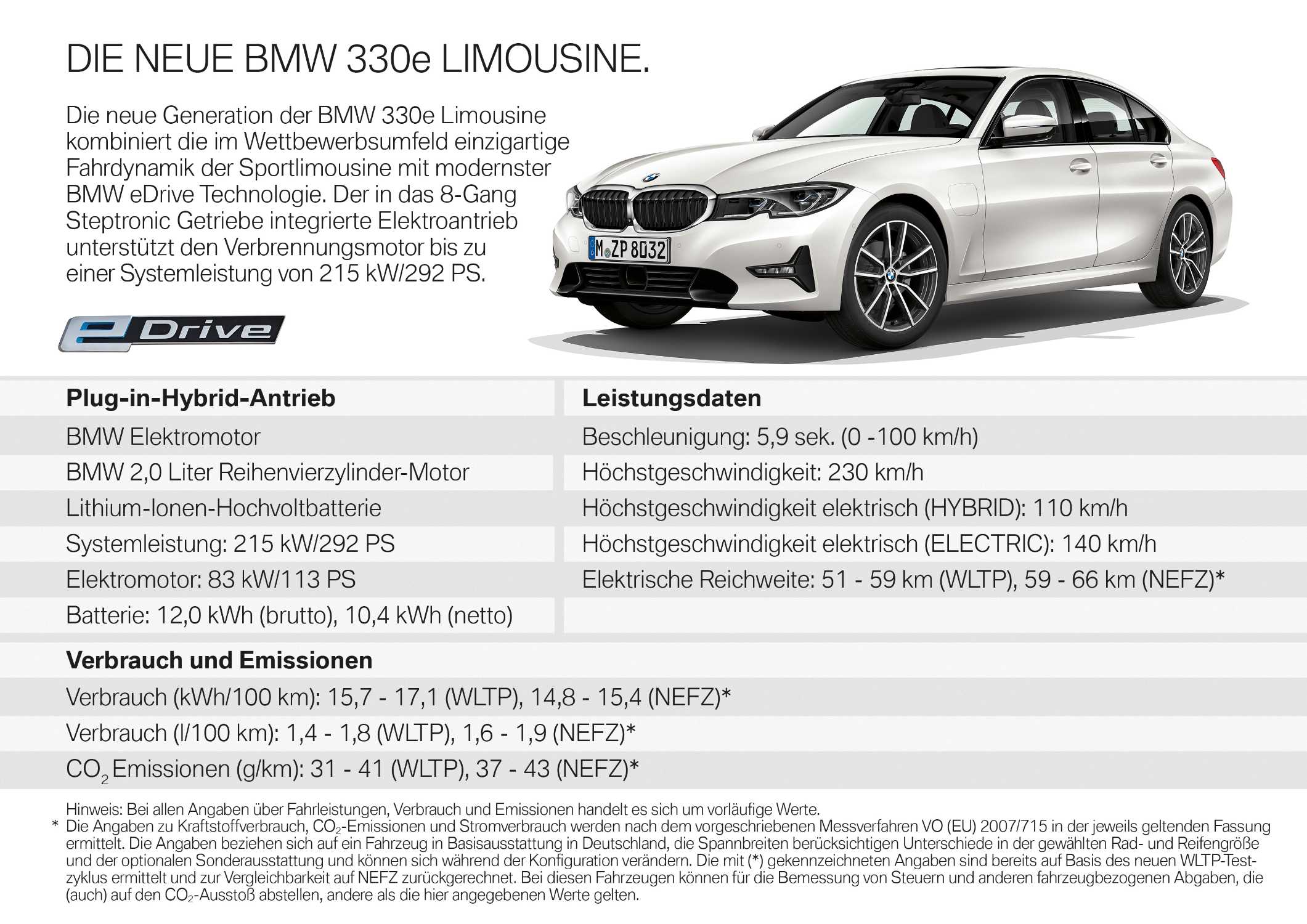 With a gross energy content of 12.0 kWh, the lithium-ion high-voltage battery in the new BMW 330e Sedan enables an increase in electric range of more than 50 per cent over its predecessor – to 59 – 66 kilometres (37 – 41 miles)*. Meanwhile, the second generation of the plug-in hybrid sports sedan cuts fuel consumption and emissions by over 15 per cent to 1.9 – 1.6 litres per 100 kilometres (148.7 – 176.6 mpg imp)* and 43 – 37 grams of CO2 per kilometre*. The combined-cycle electric power consumption of the new BMW 330e Sedan is 15.4 – 14.8 kWh per 100 kilometres*. With its low CO2 emissions and long electric range, the new BMW 330e Sedan fulfils all the requirements for reduced company car tax in Germany, where only half the gross list price is taken as a basis in determining the benefit of kind for private use.