From the road to the racetrack: First joint appearance of the BMW M4 Coupe and BMW M4 GT3 prototypes during the MotoGP™.

World premiere on the Red Bull Ring: For the first time, the BMW M GmbH presented its two icons designed for the road and the racetrack side by side, the prototypes of the new BMW M4 Coupe and the new BMW M4 GT3.

Munich. World premiere on the Red Bull Ring: For the first time, the BMW M GmbH presented its two icons designed for the road and the racetrack side by side, the prototypes of the new BMW M4 Coupe and the new BMW M4 GT3. During the run-up to the MotoGP “BMW M Grand Prix of Styria”, the two vehicles were presented in a camouflage look designed specifically for this purpose, as their final design will not be revealed until a later date.

“I am very pleased we are able to present both the new BMW M4 Coupe and the new BMW M4 GT3 together here. As title sponsor of the ‘BMW M Grand Prix of Styria’ and long-term partner of MotoGP organiser Dorna Sports, I cannot think of a better place to hold this special premiere. The BMW M4 Coupe and its motorsport counterpart BMW M4 GT3 are the icons of the BMW M GmbH and prime examples of the technology transfer from motorsport to series production – and back again. From the outset, both vehicles were developed parallel to each other, so they both have the same genes,” says Markus Flasch, CEO of the BMW M GmbH, who himself completed the first laps on the Red Bull Ring in the BMW M4 Coupe.

Like the new BMW M3 Sedan and all other current high-performance automobiles from the BMW M GmbH, the new BMW M4 Coupe will be available in two performance versions: Apart from a variant with 353 kW/480 hp and
a 6-speed manual transmission, a Competition model with 375 kW/510 hp and an 8-speed M Steptronic transmission with Drivelogic will also be on offer in each case. 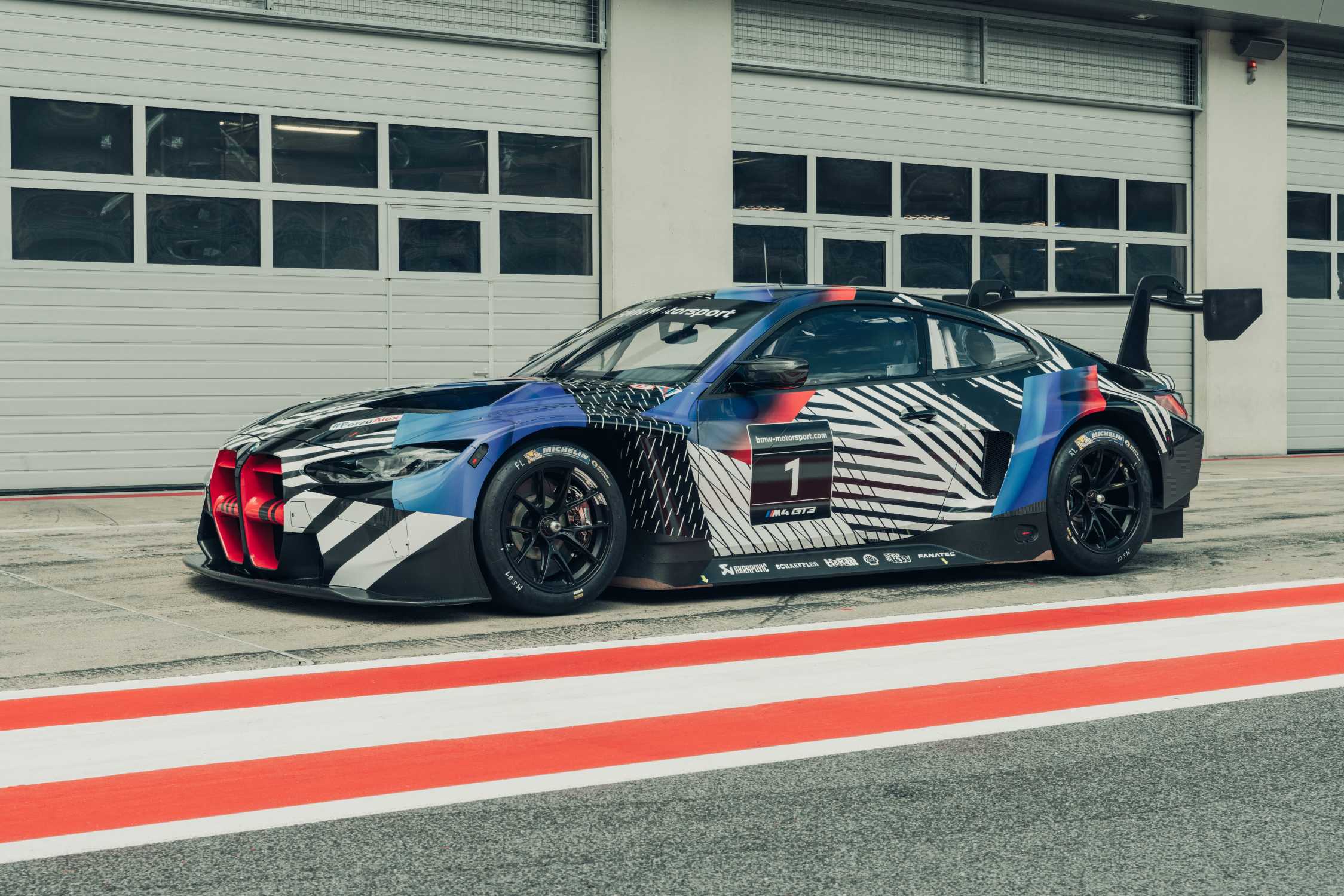 The core component shared by all BMW M4s is the newly developed straight six-cylinder engine featuring M TwinPower Turbo technology and a high-revving concept. From the outset, the high-performance-power plant was developed on the basis of performance characteristics taken directly from motorsport. Not only will the BMW M Customer Racing Teams, who will be deploying the BMW M4 GT3 in numerous GT series worldwide, benefit from this. It also raises the standard of driving pleasure for BMW M4 road-legal vehicles to a new level.

For Philipp Eng, the person driving the BMW M4 GT3, the ride around the Austrian circuit was a welcome foretaste of the year ahead: “I can’t wait to take the BMW M4 GT3 onto the starting grid,” says the Austrian who will be participating in the DTM with the ZF BMW M4 DTM. “The BMW M4 GT3 will already take part in its first race next year and will be able to prove how it performs under competitive conditions. I am sure that it has what it takes to continue the long-standing and successful tradition of BMW M vehicles.”

From 2022 and following selected racing events in 2021, the BMW M4 GT3 will finally replace the BMW M6 GT3 as the top-of-the-range model in BMW’s customer sport offering. Since 2016, the BMW M6 GT3 has been part of the BMW M Motorsport vehicle portfolio, already winning the Spa-Franchorchamps 24 hours during its debut year, only to surpass this success with a double victory two years later.

However, before the new BMW M4 Coupe is actually released to the road and the racetrack without special camouflage design, final intensive tests still have to be performed. The official world premiere is planned for September 2020. But one thing is already certain: One of the MotoGP pilots battling for points and placements just a few days after the appearance of the BMW M4 Coupe on the Red Bull Ring, will have the pleasure of driving an icon of the BMW M GmbH. Because the winner of the “BMW M Grand Prix of Styria” being held from 21st to 23rd August will be honoured with an exclusive BMW M4 Coupe of the model generation 2021.