“Reduction creates space for emotionality.” Head of MINI Design Oliver Heilmer on the new MINI Countryman and what we can expect from MINI in the future.

The MINI Countryman is the tradition-rich British brand’s largest and most versatile model. And now the new Countryman is ready to hit the road. The car’s design has benefitted from detail updates, giving its character a sharper edge. Head of MINI Design Oliver Heilmer talks about the MINI Countryman’s new looks, the importance of individual design elements and “reduction” as a fundamental principle of design for future MINI models.

The footage for this press release has been taken before the lockdown in Germany due to Sars-CoV-2 and the consequently established contact restrictions.

The new MINI Countryman is practical and sporty, and makes excellent use of space. How do you view the significance of this model for the MINI brand?

The Countryman is the largest MINI in our current model range. It’s a family car with a high level of everyday practicality – and the customary MINI twist. But it is also an adventurer in spirit, one you may like to go on an experience with somewhere more rural. And despite its size, it’s still a MINI; it packs its clever functionality into a comparatively small footprint. With the new MINI Countryman, we’re bringing this character even further to the fore with a host of design elements. At the same time, we’ve adopted a deliberately reduced approach to the design around those elements in order to create more space for them and therefore for the emotionality of the new MINI Countryman.

From the outside, how do you know you’re looking at the new MINI Countryman?

We’ve brought expressive new details to the MINI Countryman which will move it on again in terms of modernity, poise and assurance. We’ve also raised the profile of all those things that give the Countryman its identity as a MINI. At the front end, the car’s focused look is clearly visible from a long way off. The headlights are a clean-sheet design technically and absolutely state of the art. We have deliberately retained the eye-catching, almost angular headlight contours of the existing Countryman as an identifying and distinguishing feature of the model within the MINI family. The clearly defined radiator grille projects out visually between the headlights, with its distinctive surround in chrome or the appropriately named new Black Line specification.

Change is most apparent in the front apron. In place of the design’s previously horizontal emphasis, we have shifted the focus to verticality and solidity of stance. This means the outer air intakes have grown and now stand upright. And the amount of the car in body colour has increased. The mostly painted finish of the front apron provides a classy border for the new elements.

At the rear, the new tail lights catch the eye immediately. Their abstract take on the Union Jacks translates our British heritage into cutting-edge technology. A special detail here are the glass covers, which replicate the light elements below them like a relief sculpture. The dark shading of the glass underlines the feeling of solidity and exclusivity. 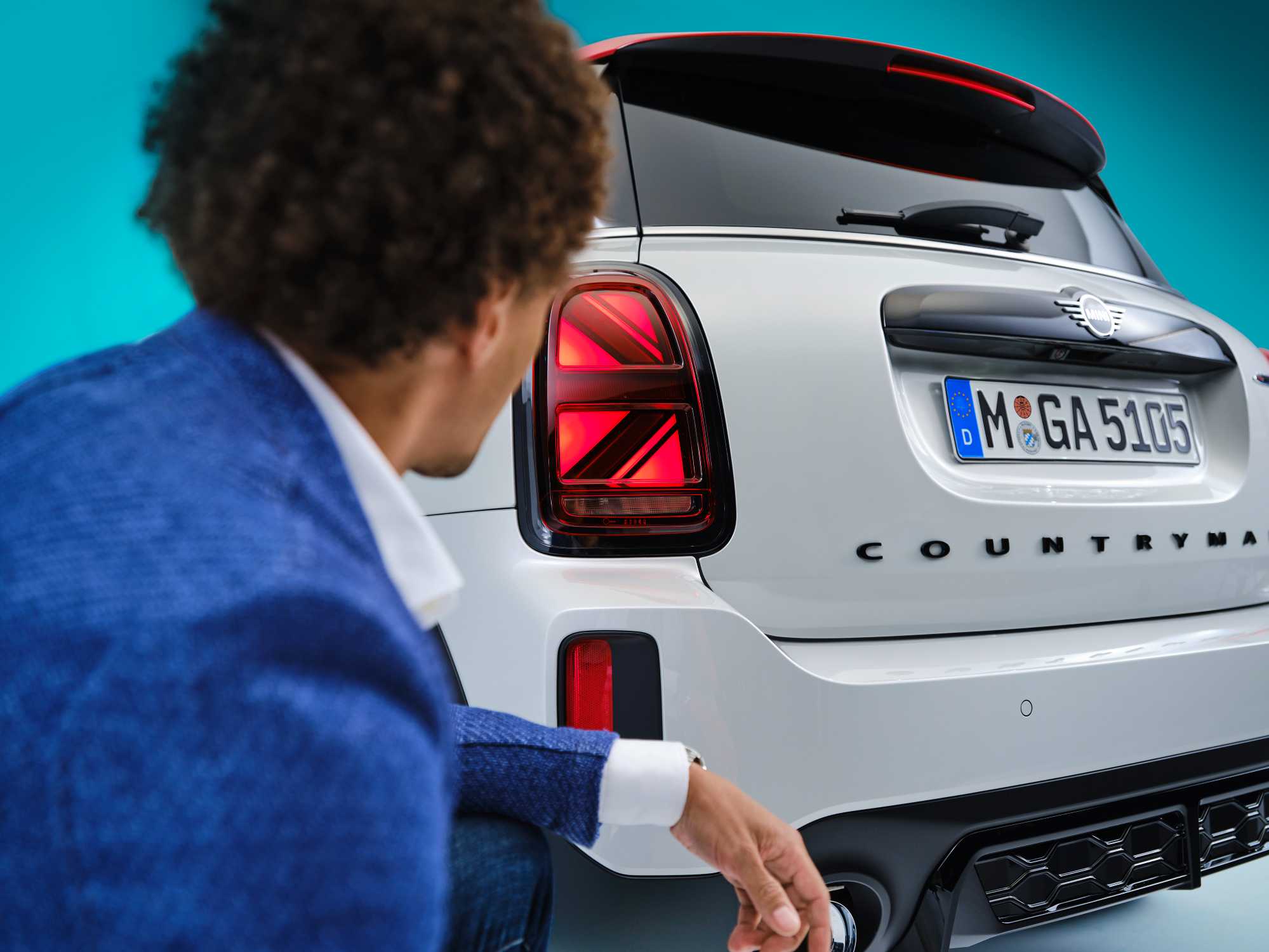 The stylistic underbody protection elements are an important part of the rear apron on the MINI Countryman – especially on examples with the ALL4 package – and we’ve added even greater prominence to this area of the new MINI Countryman. Like in the front apron, we’re emphasising verticality by standing the reflectors upright and positioning them far to the outer edges of the rear.

One small highlight of the car is the new wheel design we’re offering exclusively as part of the ALL4 package. These new rims in modern bi-colour design are visually powerful and exude solidity. The contrast between dark grey spokes and bare machined surfaces is very modern and spotlights the character of the MINI Countryman through its details.

How important are details to the overall effect?

Details contribute massively to the effect of a vehicle as a whole. You can almost create the impression of a totally new product just by working on details. Indeed, it is the details that tell you what era or generation a vehicle belongs to. Take the lights. They not only give a car its face but also say a lot about the vintage of its engineering. Or there’s the use of chrome. Chrome accents have been a big theme at MINI for a long time. But with Black Line, we’re offering the new MINI Countryman with an interesting alternative. This equipment variant turns all the chrome elements high-gloss black, which lends the whole of the exterior even greater sportiness and modernity – in particular in combination with the new exterior paint shade Sage Green metallic. 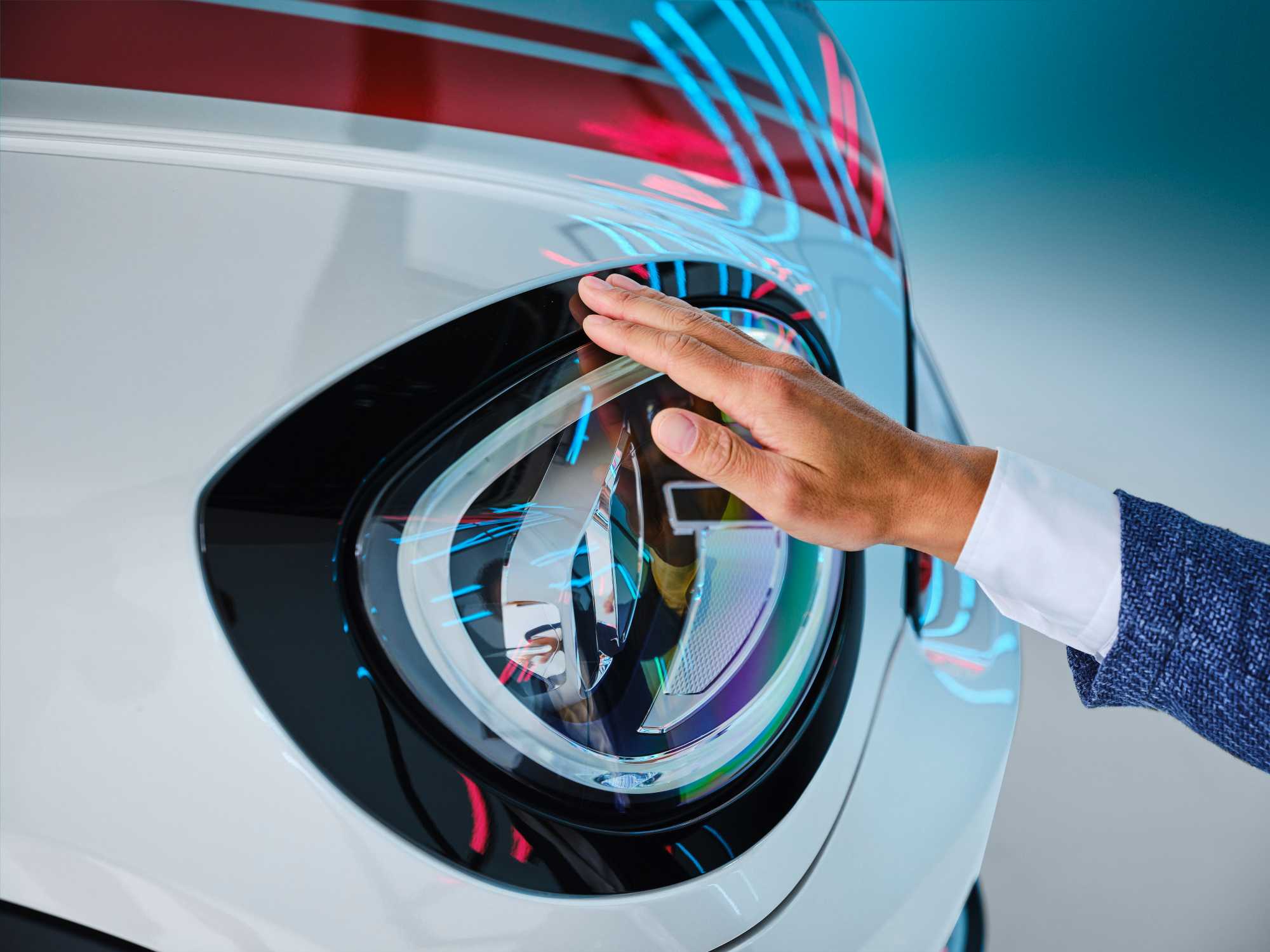 This year, a fully electric version of the MINI with its own distinctive design has gone on sale. Will some of this model’s styling find its way into the MINI Cooper SE Countryman ALL4 plug-in hybrid?

With the MINI Cooper SE Countryman ALL4 we’re taking our lead from the MINI Cooper SE. So there’s an E badge on the charging flap front left and an S – standing for the Cooper S engine – in Electric Yellow on the front grille. The electric genes of the MINI are therefore immediately apparent. We have also made the part-electric heart of the car clearly visible in the interior. The fully digital instrument cluster is particularly prominent in bringing the modernity of the drive system into the cabin. However, the drive system-specific design elements should not overshadow the overall concept; the customer is first and foremost deciding to buy a MINI – the brand and the experience. The drive system comes lower down the list of importance. 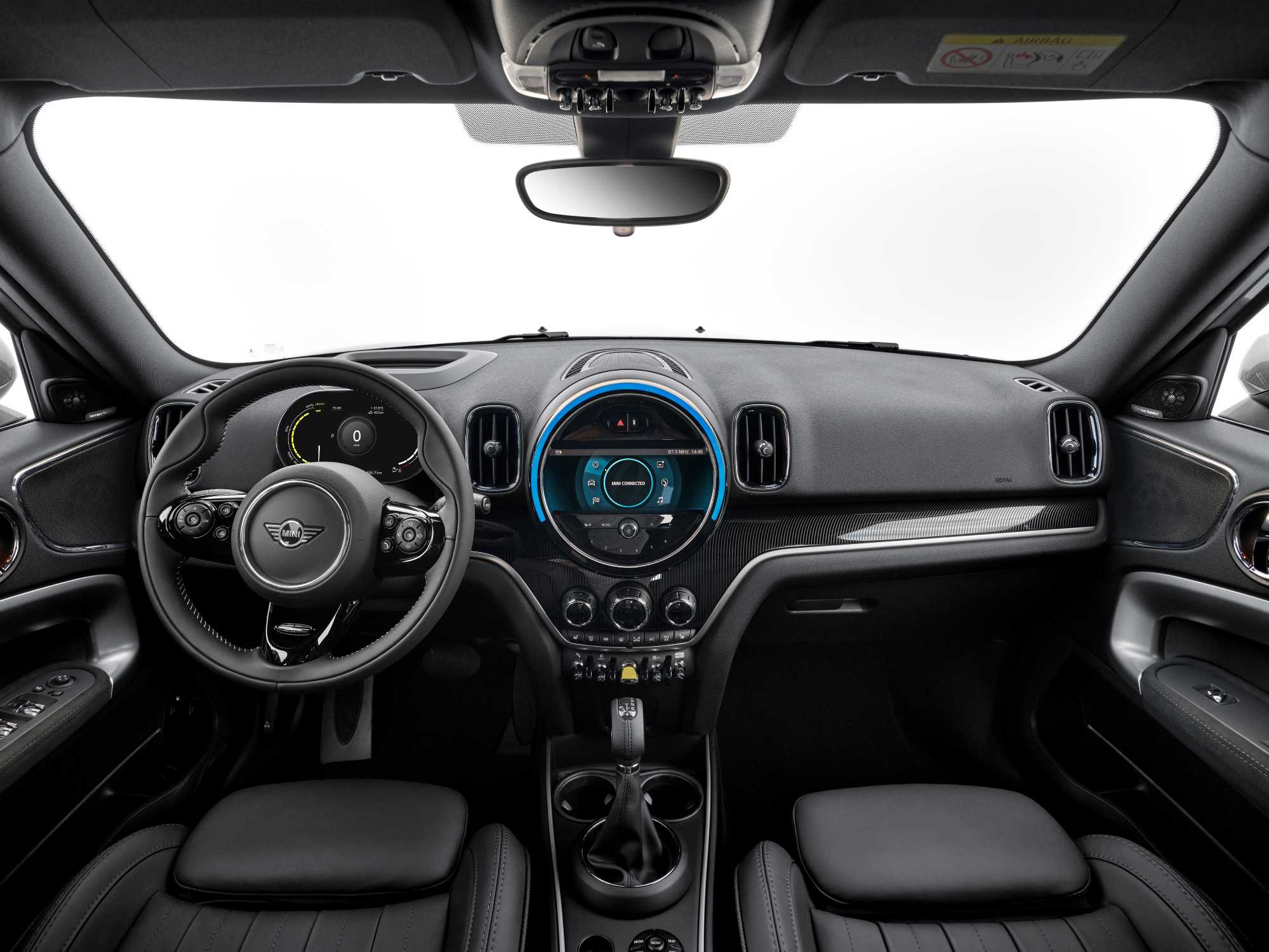 What interior changes have been made for the new MINI Countryman?

The Countryman is the youngest member of the MINI family, and as before you can see that clearly in its modern interior ambience. Its striking appearance, with the vertical air vents, provides the ideal setting for the new fully digital instrument cluster and newly designed circular instrument – the icon at the centre of the car. We’ve made the area above and below the monitor a lot less busy. There are no longer any individual controls here, just a flush-fitting high-quality touch surface. This change gives the whole centre console area a much more visually impressive and modern look.

What does the new MINI Countryman tell us about the future of MINI?

What the MINI Countryman already shows and what we are looking to build on further at MINI in the future is “reduction” as a basic principle. By leaving things out, the elements that are left can have the best possible impact. I’m thinking of the vehicle’s character and what you can experience with it. Cleaning up the styling is a first step in this direction. Then comes functional reduction. The underlying principle here is: focus on the important stuff. Everything else takes a back seat.

What can we expect from MINI in the future?

In future we want people to see MINI above all as an experience. Reduction – leaving things out – is key for us here. But that in no way means going without or missing out. Rather, leaving out creates space for maximum emotionality. Instead of “What can we do more of?”, we’re focusing on “What is really necessary for the customer to be able to – and to really want to – form a personal bond with their MINI?”. We see MINI in the future as a sort of “partner in crime”. This personal approach is what MINI is all about: the customer should see themselves in their MINI and be able to build up a connection even stronger than it is today.

One last question: What would be your preferred specification for the new MINI Countryman, the “designer’s choice”?

I personally like the MINI Countryman as a Cooper S (131 kW/178 hp, 0 – 100 km/h in 7.3 seconds, top speed: 222 km/h, fuel consumption: 6.5 – 6.2 litres/100 km, CO2 emissions: 149 – 142 g/km) and in Sage Green with the ALL4 package and Black Line trim. My choice for the interior would be MINI Yours Leather Lounge in Carbon Black. This variant is a real head-turner. For me, it sums up the combination of the MINI twist and the feeling of adventure and off-road attitude; you could say it epitomises the character of the new MINI Countryman.