The BMW Group’s design studio in Munich, the historic halls of BMW Group Classic and the BMW Group test centre in Aschheim co-hosted the world premiere of the new BMW 4 Series Coupé. The evolution of the two-door car’s aesthetic in keeping with BMW’s new styling language is particularly evident under the design studio spotlights. Here, Domagoj Dukec explained the design process that went into creating the sporty, graceful and exclusive aura of the new BMW 4 Series Coupé. The focus here was on standalone design features, notably the large, upright BMW kidney grille angling forward at the front end of the coupé, the athletically sculpted shoulders above the rear wheel arches, the car’s dynamically stretched proportions and its wide tracks. These elements put clear water between the new car and the latest BMW 3 Series Sedan, while also giving it a significantly sharper character than its predecessor. “The new BMW 4 Series displays the signature BMW proportions in their most modern form yet,” said Dukec. “The front end makes a very clear statement on the road. The striking, vertical kidney grille and iconic twin headlights create a bold and confident identity.”

Pieter Nota’s look back into the past at the home of BMW Group Classic illustrated how deeply entwined the new BMW 4 Series Coupé is with the brand’s tradition of legendary sports cars. Classics such as the BMW 328 Coupé from the 1930s and BMW 3.0 CS from the 1970s are headline acts in the enthralling history of BMW coupés. And now a new chapter can be added to this story of prestige, driving pleasure and racing success. “The new BMW 4 Series Coupé captures the very essence of BMW,” said Nota. “It is a future-focused interpretation of the brand’s enduring DNA.”

The new BMW 4 Series Coupé will hit the road in October 2020 – initially in a choice of five model variants, with the particularly potent BMW M440i xDrive Coupé heading the line-up. Boasting a 275 kW/374 hp six-cylinder in-line engine, intelligent all-wheel drive and an M Sport differential, the flagship model is “truly an ultimate driving machine”, in the words of Klaus Fröhlich during a test drive at the BMW Group’s test facility in Aschheim. 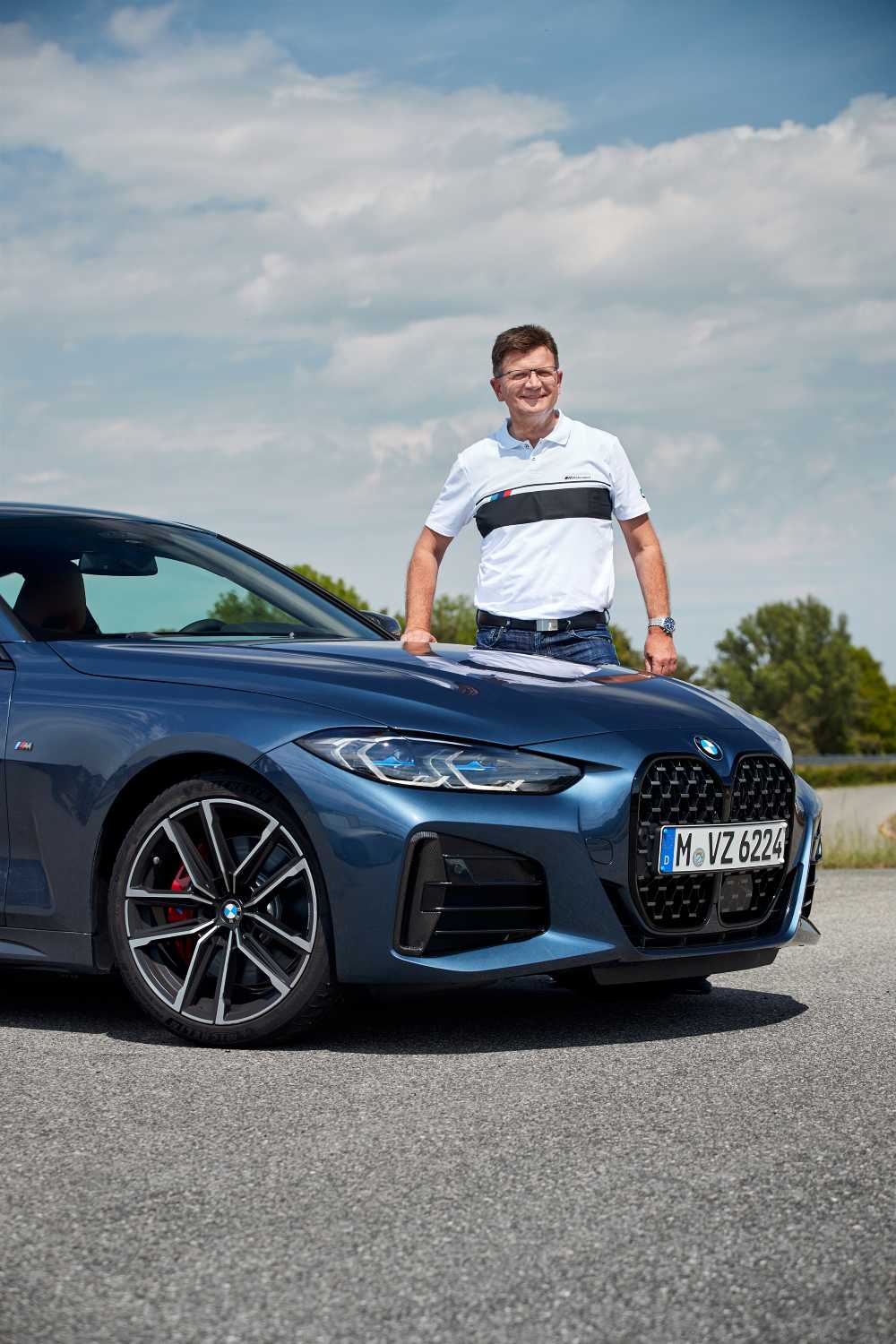 The coupé’s agility, steering precision and cornering dynamics are enhanced by an exceptionally stiff body structure with additional bracing as well as the bespoke geometry, mounting and set-up of the chassis. “A pleasing harmony between chassis and powertrain,” is how Fröhlich described the result. “And the robust body enables very crisp chassis response.” He goes on to say that the development engineers have managed to instil the new BMW 4 Series Coupé with even greater precision and dynamism than the BMW 3 Series Sedan, itself a fine example of sporting prowess. “I think the team has done a good job – a very good job, in fact.”