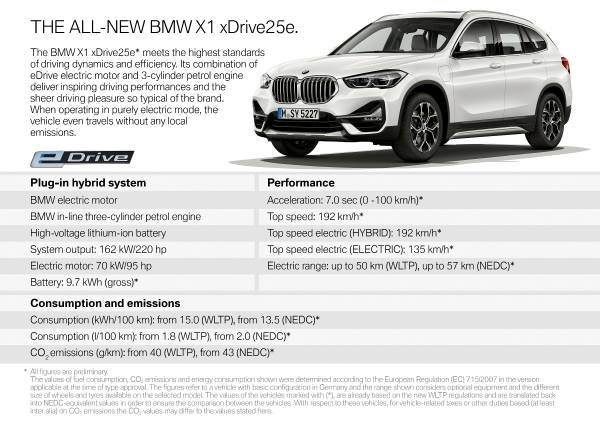 All figures relating to driving performance, fuel consumption, emissions and range are provisional.
* Fuel consumption, CO 2 emissions, power consumption and range have been calculated based on the new WLTP test cycle and adapted to NEDC for comparison purposes, dependent on the tyre format selected. In these vehicles, different figures than those published here may apply for the assessment of taxes and other vehicle-related duties which are (also) based on CO 2 emissions.